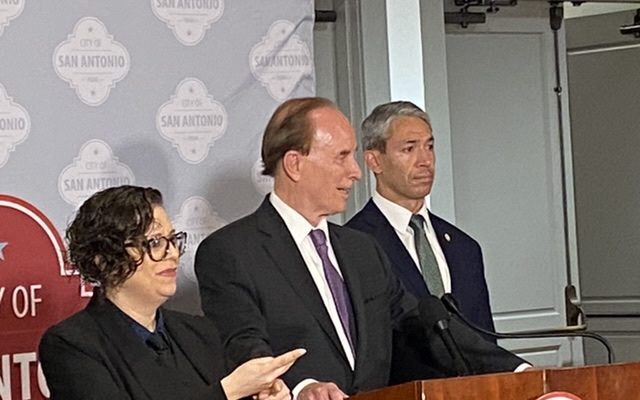 It’s a travel-related case. San Antonio Metro Health officials emphasizes it was not community-spread. They say this person traveled out of state.

Health officials  are trying to determine where the patient has been and the level of exposure to those around this individual.

Meanwhile, the mayor has issued a Public Health Emergency Declaration, which prohibits large gatherings of 500 people or more. He’s also discouraging gatherings of  250 or more and is urging organizers to suspend those events.

The Public Health Emergency declaration will remain in effect for seven days.

The declaration does not prohibit gatherings of people in several separate enclosed spaces in a single building, such as a multiplex movie theater, as long as 500 people are not present in any single space at the same time.

The “Mass Gathering” restrictions do not apply to San Antonio International Airport, schools or places of worship.  It also excludes museums, as long as visitors are generally not within arm’s length of one another for extended periods.   Bus stops, hotels, office space or residential buildings also are excluded from the mass gathering restrictions,as well as hospitals, medical facilities, shelters, jails and detention centers.

While places of worship are not under the mass gathering restrictions, Community Bible Church, one of the largest in San Antonio, is choosing not to have on-campus worship this weekend and next weekend.

All CBC-related activities on and off-campus are suspected and facilities will remain closed through at least March 23.

The Public Health Emergency declaration will remain in effect for seven days.

SAN ANTONIO (KTSA News) – A source tells KTSA News that the City of  San Antonio has its first confirmed case of coronavirus.   Local health and city officials are expected to make the announcement at a news conference at 9:30 this morning.

This news comes on the heels of an announcement by Austin public health officials about two presumptive positive cases of COVID-19 in Travis County.   The University of Texas at Austin closed after that announcement, and the Austin Independent School District has shut down its campuses and offices.

You can watch the news conference live on the City of San Antonio Facebook page.