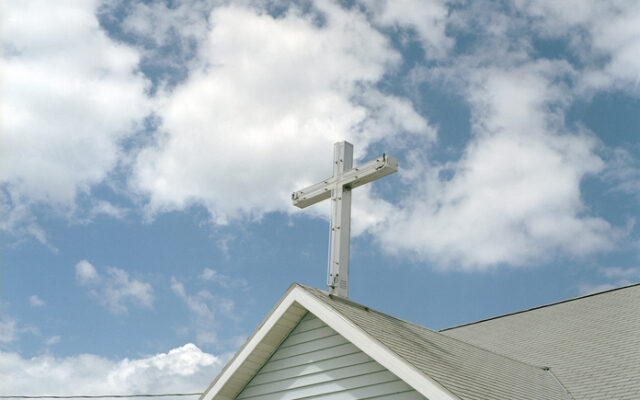 SAN ANTONIO (KTSA News) — The Southern Baptist Convention released a list of alleged sexual abusers affiliated with the group last week and a number of Texans are included on the list.

SBC Interim President and CEO Willie McLaurin and Chairman Rolland Slade issued a joint statement along with the list.

“This list is being made public for the first time as an initial, but important, step towards addressing the scourge of sexual abuse and implementing reform in the Convention,” the pair wrote. “Each entry in this list reminds us of the devastation and destruction brought about by sexual abuse. Our prayer is that the survivors of these heinous acts find hope and healing, and that churches will utilize this list proactively to protect and care for the most vulnerable among us.”

The report includes more than 600 individuals from around the country, with a number from the Austin and San Antonio area.

Erbey Valdez, 47, was charged in a case dated July 8, 2010, involving a 17-year-old when he was a former middle school principal. In October 2018, Erbey and his wife founded New Spirit Baptist Church where he was named pastor. The Southern Baptists of Texas removed the church for retaining a pastor listed on the Texas Public Sex Offender Registry. Valdez’ profile states he holds two degrees from Southwestern Baptist Theological Seminary, a master of divinity and a master of theological studies. Texas Registry states that Valdez is on probation/community supervision in that case.

Bradley Wayne Dixon (also known as Brad Bartlett), was a dormitory director at San Marcos Baptist Academy, a Baptist boarding school. He was arrested January 2000 after five pupils at the academy accused the man of showing them pornographic materials and molesting them, according to the Houston Chronicle.

Dixon was convicted by jury of two counts of aggravated sexual assault of a child, four counts of indecency with a child by contact, one count of sexual performance by a child and two counts of assault in 2001. His crimes involved at least three different male victims, court records show. Sentenced on one count to 75 years and additional time on other charges. Incarcerated in Texas.

Santiago “Jimmy” Morales Jr. was an employee at San Marcos Baptist Academy, affiliated with the Baptist General Convention of Texas. According to Baptist News, the incident is reported to have occurred at Morales’ off-campus apartment after which the student subsequently told his dorm parents and counselor.

Morales agreed to a plea deal of deferred adjudication on a charge of an improper relationship between an educator and child. His 10-year community supervision period ended in 2018.

In 2006, Jerry Dale Carver, 51, former minister of education at Greater Hills Baptist Church in Austin, TX,. Police said Carver lured a 15-year-old boy who needed a ride into his car at a bus stop. Police said the teenager tried to exit the car and Carver drove the teen to a park and sexually assault him before driving him home. He pled guilty and given 10 years probation.

Flournoy was convicted of four charges from 2000 to 20007 of aggravated sexual assault of a child under 14 for abusing at least five boys in Harris County and separately convicted of having improper relations with a student in Travis County. He was sentenced to six years in prison in 2009 in Travis County and sentenced to 15 years in 2010 in Harris County. Incarcerated in Texas.

Ruben A. Garcia was an associate pastor and youth pastor at Betania Baptist Church in Austin, TX. According to KVUE, Garcia was originally indicted in 2017 for the two counts of sexual assault of a child and one count of indecency of a child by sexual contact. Those crimes happened in 2013 and 2014.

Garcia reportedly struck a plea deal in 2018 of 10 years deferred adjudication after he pleaded guilty to enticing or tempting a child. Conditions of that deal include staying away from children, paying a $1,500 fine and 300 hours of community service.

Hays County District Attorney Wes Mau told KVUE the plea deal is based on a 2016 incident at a church camp outside of San Antonio.

Thomas Reid Jones was a volunteer youth minister at Riverbend Baptist Church in Austin, TX. He plead guilty to molesting 8 teenage boys and was sentenced to maximum sentence of 60 yrs. His release date is set for 2059.

Charles Richard “Rick” Willits is a former Youth Minister at Great Hills Baptist Church in Austin. Registered as a sex offender in Texas for 1999 convictions of multiple counts of sexual assault of a child and indecency with a child. Victim identified as a 14-year-old boy. Sentenced to 15 years. Released in 2014.