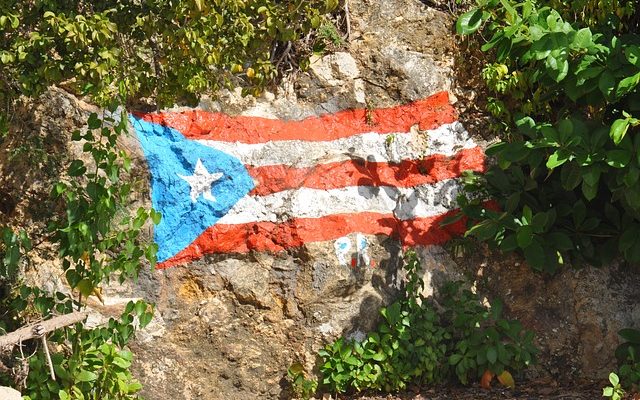 SAN JUAN, Puerto Rico (AP) — Gov. Ricardo Rosselló is preparing a message to the people of Puerto Rico and will address them directly Wednesday night, his spokesman said.

Public Affairs Secretary Anthony Maceira offered no further details to dozens of reporters gathered outside the governor’s residence for word of his political future.

“Today Gov. Ricardo Rosselló will be addressing the people of Puerto Rico directly, in a message that he’s working on right now,” Maceira said.

Meanwhile, hundreds of protesters gathered around the governor’s mansion in a renewed push to oust Rosselló, and the president of Puerto Rico’s House of Representatives issued the embattled governor an ultimatum: Either take the best decision for a U.S. territory demanding his resignation or face an impeachment process.

Rep. Carlos Méndez spoke shortly after he received a recommendation for legislators to proceed with the impeachment process in report by a special committee given the task of investigating whether legislators could do so.

Hundreds of thousands of Puerto Ricans have been outraged by leaked, obscenity-laced online chats between Rosselló and his advisers, and have protested for nearly two weeks demanding his resignation.

“I hope things will change soon,” said 27-year-old Tanyanette Ortiz from the eastern town of Juncos. “The people have already realized that great things happen if we truly unite.”

The chat participants talked about politics and government contracts and also insulted women and mocked constituents, including victims of Hurricane Maria. Rosselló called a female politician a “whore,” referred to another as a “daughter of a bitch,” and made fun of an obese man with whom he posed in a photo.

On Tuesday, officials announced that a Puerto Rico judge had issued search warrants for the cellphones of government officials involved in the chat as part of an ongoing investigation. One of the search warrants said officials used the chat to transmit official and confidential information to private citizens in potential violation of ethics laws.

More than a dozen government officials have resigned since the chat was leaked earlier this month, including Rosselló confidant and chief of staff Ricardo Llerandi, former Secretary of State Luis Rivera Marín and former chief financial officer Christian Sobrino, who also held five other positions.

A report issued Wednesday by a special committee tasked with investigating whether legislators could proceed with an impeachment process against Rosselló recommended that Puerto Rico’s House of Representatives do so. It is unclear if there are enough votes to do so.

Ortiz’s sister, 17-year-old Kerianette, said she was proud of the situation that Puerto Rico was going through.

“Political parties don’t matter, there are no colors,” she said. “This was a people coming together, and that’s how it should be to have the future we all deserve.”