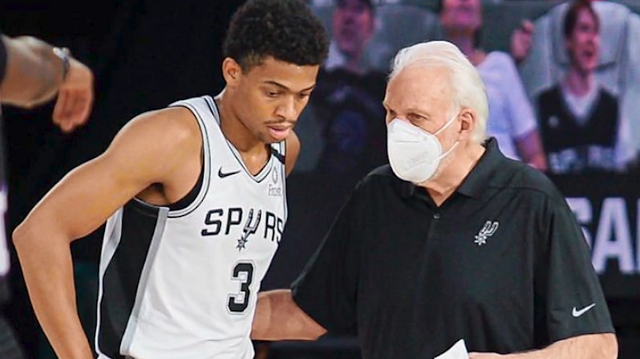 He said he hopes it will help bring the country together and help some of Trump’s followers see him for who he is.

“Trumpism is a cult,” said Popovich. “Crazy nuts, whack jobs, lies and conspiracy theories have gotten us to this point.”

Five people died in the riots last week at the U.S. Capitol.

“What that does for our democracy and our country and our standing and our credibility, let alone the safety of all those people in the building is just enough to fry your brain,” said Popovich.

He said he was heartened that some Republicans like Liz Cheney stated that they would vote to impeach Trump.  He commended her for having the courage to break away from the Republican majority on this issue.

Cheney and  9 other Republicans joined Democrats in voting to impeach the President.  The final vote in the House was 232 for and 197 against impeachment.