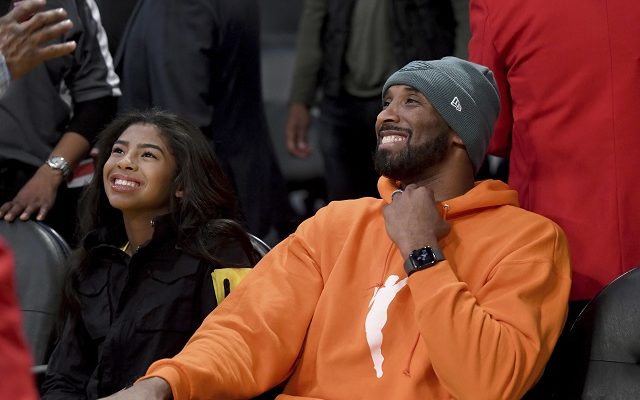 SAN ANTONIO (KTSA News) – A hush came over the AT&T Center with a moment of silence for NBA legend Kobe Bryant before the Spurs-Raptors game Sunday afternoon. Then each team took a 24-second shot clock violation in honor of the former Los Angeles Lakers star who wore the number 24.

The crowd stood, clapped and cheered and chanted Kobe! Kobe! Kobe! Players and many in the crowd found out about an hour before the game that Bryant, his 13-year-old daughter and 7 others had died in a helicopter crash in Calabasas, California Sunday morning.

He was an inspiration to many NBA players, including Spurs guard DeMar DeRozan, a Los Angeles native who grew up watching Bryant play.

“Everything I’ve learned basketball wise is from Kobe, what he meant to the game, the inspiration he brought,” DeRozan said after the game.

“Good game, tough loss, who cares,” said Spurs Coach Gregg Popovich, turning his comments to the tragedy surrounding Bryant’s family. “We all feel a deep sense of loss for what he meant to all of us in so many ways.”

The Spurs locker room was closed to the media. Only DeRozan and Popovich addressed the media.

“All of us know what a great player he was, but he went beyond great playing,” said Popovich. “He was a competitor that goes unmatched and it’s what made him, as a player, so attractive to everybody.”

DeRozan said words could not express what he was feeling.