SAN ANTONIO — After a month-long trip away from the Alamo City, the San Antonio Commanders return home to the Alamodome to face the Salt Lake Stallions in a Western Conference showdown.

The Commanders began their road trip on a sour note, losing to the San Diego Fleet, 31-11. Since then, things have been going perfect on both sides of the football. The offense is finding a rhythm under quarterback Logan Woodside and the two-headed running game of Kenneth Farrow II and Trey Williams.

On defense, the Commanders are starting to look like the most complete unit in The Alliance. Creating 13 takeaways on their four-game road trip along with eight sacks, San Antonio has the ability to create havoc both against the run and in the air.

Let’s look at what fans should expect heading into this Week 7 matchup:

When the Stallions have the ball

The key to a win for the Stallions is starting strong, similar to their Week 6 win against the Memphis Express. During the Stallions’ first drive of the game, quarterback Josh Woodrum connected with tight end Nick Truesdell for a touchdown and threw another touchdown pass to tight end Anthony Denham near the end of the first quarter. After having a 19-0 lead for most of the first half, the Stallions won 22-9.

Woodrum, who has thrown for 623 yards his past two games, and Truesdell, who has caught every pass targeted to him this season, will be going up against a defense that made big plays in their Week 6 game against the Atlanta Legends:

But the Stallions have faced tougher defenses. The Commanders defense has the most interceptions in The Alliance with 12, however, their completion percentage allowed is 62 percent — the worst in The Alliance.

If Woodrum and his offense can take control of the ball and refrain from as many turnovers as they have in their past few games, there is a chance the Stallions could defeat the No. 1 team in the West.

When the Commanders have the ball

San Antonio believed they were a game away from breaking out on offense this season. In back-to-back weeks, the team put up 20 points on offense and set an Alliance record with 26 total points in a half. That luck could be running out this week.

Going up against the reigning Defensive Player of the Week, defensive end Karter Schult, Woodside will need to do his best to get rid of the ball quickly before being met in the backfield. Expect short, accurate passes to players such as Williams and DeMarcus Ayers to keep drives alive and the clock running.

Big-time plays could also be a factor to test Salt Lake’s secondary. Against the Fleet in Week 1, Woodside completed three passes over 30 yards to help the Commanders offense inside the red zone. That could be the case again as the Stallions are currently allowing 303.8 yards per game.

Once in the red zone, the Commanders should rely on their strong running game to pick up points. Farrow and Williams scored three total touchdowns inside the 15 during their three-game win streak on the road. That might be easier said than done as the Stallions currently have the top rushing defense in the league through six games.

DE Karter Schult: Schult was selected as Defensive Player of the Week after his Week 6 performance. This physical defensive end has accumulated seven sacks, making him the sack leader for The Alliance — a title he has maintained for most of the season. He also has a total of 21 solo tackles and 18 QB hits.

TE Nick Truesdell: Truesdell has caught every pass targeted to him this season, bringing his total to 18 receptions on 18 targets following the Week 6 matchup against the Express. He is also leading all tight ends in The Alliance in touchdowns with three.

QB Josh Woodrum: Woodrum threw for 380 yards against the San Diego Fleet in Week 5 and for 243 against the Express in Week 6. Woodrum has been putting on his best performance as this is the highest passing yardage of all quarterbacks in the Alliance for the past two weeks.

TE Stehly Reden: Reden has become a key component to the Commanders offense both as a blocker and a receiving threat. A mismatch against the Hotshots, the Texas A&M-Kingsville product collected his first touchdown on a five-yard out route. He should be targeted in the red zone again.

OLB Austin Larkin: The Commanders will need to pressure Woodrum early if they expect to throw him off his rhythm. Larkin is a wild-card that has the ability to pressure the quarterback but also is sneaky in coverage. He could be due for a big outing.

WR Greg Ward Jr.: The current special teams player of the week, has been needing a big game as a receiver to complete his transition from quarterback. While his special teams ability can break you, expect Ward to be highly targeted across the middle of the field thanks to his speed and ability to make defenders miss.

By the numbers: In Week 6 against the Memphis Express, the Stallions defense racked up seven sacks — the most by any team in an Alliance game. … The Stallions still have the No. 1 rushing defense in the Alliance with 77 yards allowed per game — a 19-yard drop from Week 5. … The Commanders once again have dominated on defense and are currently leading the league in both sacks (19) and in interceptions (12). … San Antonio’s run game is looking to head back to the top of the rushing chart this week. The team currently ranks second behind the Arizona Hotshots with 340 yards on the season.

Chantel Buchi is the Salt Lake Stallions Team Reporter for The Alliance of American Football. Follow her on Twitter @ChantelBuchi

Cole Thompson covers the San Antonio Commanders for The Alliance of American Football. Follow him on Twitter @MrColeThompson 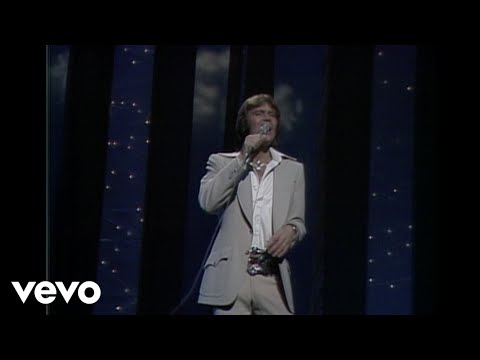