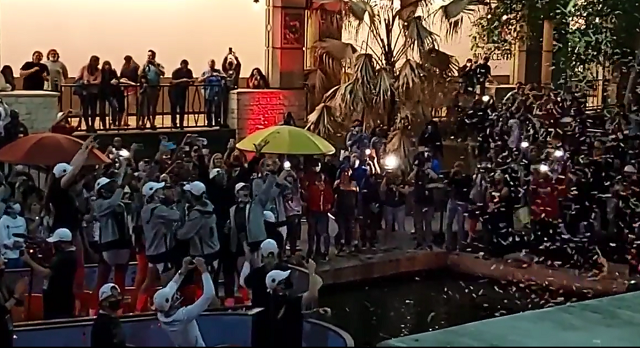 SAN ANTONIO (KTSA News) – In a nail-biting finish, Stanford edged Arizona to win the NCAA Women’s basketball championship at the Alamodome.  Stanford survived a miss by Aari McDonald that bounced off the rim at the buzzer.

“I was just like, please God, don’t go in!” said Stanford’s Haley Jones, who was named the Final Four’s Most Outstanding Player.

When it didn’t go in, Jones was stunned.

“I just kind of stood there for a second.  It just hadn’t clicked that we actually just won,” she said.

It was the first National championship for Stanford women’s basketball since 1992.

Kiana Williams, a graduate of Wagner High School in San Antonio is a key player on the Stanford team.

“It’s a great feeling. Everything that we’ve been through, it feels like it was worth it,” she said. “To win in my hometown, that means a lot.”

Williams wasn’t planning to fly back with the team.  She’s spending some time with her family.

“Super excited about that,” said Williams, but Sunday night, she celebrated with her teammates.  “I’m for sure going to enjoy this last night with my teammates and my coaches.”