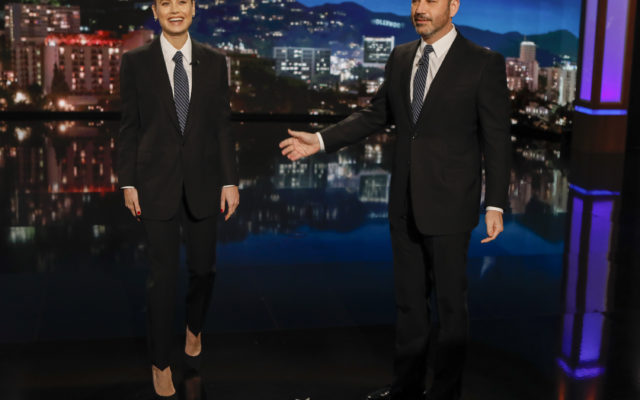 PASADENA, Calif. (AP) — Jimmy Kimmel is going to help celebrities help their favorite charities. He’s hosting a prime-time edition of “Who Wants To Be A Millionaire” with stars as the contestants and winnings earmarked for their causes of choice.

“Regis came to me in a dream, asked me to do this and promised my own line of neckties if I did. I had little choice but to say yes,” the ABC late-night host said in a wry statement. Kimmel’s reference was to original host Regis Philbin, who in 2000 put his name on a necktie and shirt collection.

Kimmel’s version will debut April 8, with the celebrity contestants yet to be announced. An interactive element will let viewers play along for a cash prize that matches what stars are playing for on the show, ABC said Wednesday.

It will air shortly after the 20th anniversary of “Who Wants To Be A Millionaire,” which debuted on ABC’s evening schedule in January 2000.

The celebrity contest will let players invite a guest to help from the “hot seat,” with the possibilities including a relative, teacher or trivia expert. Michael Davies, the original producer of “Millionaire,” will run the new version.

More about:
ABC
Jimmy Kimmel
Who Wants To Be A Millionaire