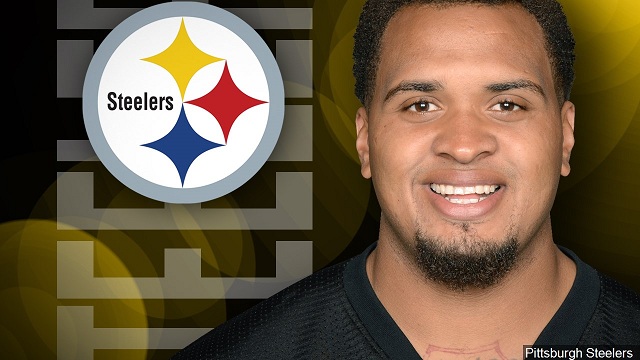 ▶ Watch Video: NFL gears up for new season amid coronavirus and social justice concerns
Pittsburgh Steelers star center Maurkice Pouncey decided to honor a fallen police officer on the back of his helmet Sunday while the vast majority of his teammates paid tribute to a Black teenager who was killed by police. Pouncey, a longtime police advocate, wore a decal to honor Officer Eric Kelly, who was killed in the line of duty in 2009.

The Steelers spent part of the week dealing with a self-inflicted public relations mess after putting the name of Antwon Rose Jr. – a Black Pittsburgh teenager shot in the back and killed by a white East Pittsburgh Police officer in 2018 – on the back of their helmets last week against the Giants.

Pouncey said on Instagram on Thursday he was given limited information about Rose’s case. The eight-time Pro Bowl player works closely with law enforcement in both Pittsburgh and his native Florida.

“My focus will continue to be on helping the police in our communities, and I will support making any necessary changes to help those efforts,” he said in the post on Thursday. “Make no mistake, I am against racism and I believe the best thing I can do is to continue helping repair relationships between the police and their communities.”

For the second week in a row, Steelers left tackle Alejandro Villanueva chose to honor military veteran Alwyn Cashe. Cashe died in Iraq after rescuing six of his fellow soldiers.

While all Steelers stood for the national anthem,  rookie Chase Claypool, who is from Canada, raised his right fist. He said he considers himself a “visitor” in the United States but wanted to provide some sign of unity.

The Associated Press contributed to this report.