Steven Van Zandt keeps on rocking but avoids the p-word 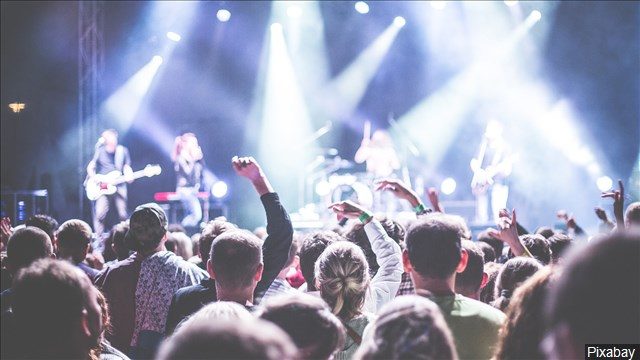 NEW YORK (AP) — There’s plenty of rock on Steven Van Zandt’s first album of original material in 20 years. There’s also soul and funk and some mean horn solos. What there isn’t plenty of is politics.

The bandana-wearing guitarist for Bruce Springsteen’s E Street Band, who in the past has never been shy about calling out politicians, has put aside partisanship in these divisive times.

“I’m trying to stay as nonpartisan as I can and provide some common ground,” he said. “When you’re as political as I was — and I was as political as it gets — for the hardcore fans of mine it’s going to take a bit of adjustment.”

Van Zandt, who in the past has raised his voice against apartheid and nuclear weapons, refuses to add kindling to what he considers a country “heading towards a civil war.” He wants his concerts to be a safe zone.

“Democrats, Republicans and independents are welcome to come to the show and enjoy themselves because it’s a strictly musical trip,” he said. “We need a break every now and then, in other words, and right now we’re providing that break.”

Van Zandt’s relief comes in the form of a new album, “Summer of Sorcery.” The 12-track collection sees him reteam with his 15-piece band, the Disciples of Soul, and mine what he calls a “rock-meets-soul thing.”

“It’s the first time in my life I’ve ever done two records in a row that were with the same band, first of all, and with the same sound — in the same genre, even. I’m going to stick with that now,” he said.

The album is a stew of Van Zandt’s influences, ranging from mambo to classic rock to doo-wop. There’s a flute solo in one song, and another name-checks Brian Wilson of The Beach Boys.

“There’s not a whole lot that’s good about getting older but there is one thing, which is you really tend to integrate your influences,” he said. “I like to have my influences on my sleeve. I do that intentionally, leaving little breadcrumbs for people to follow backwards, hoping that they do listen to the original artists.”

In addition to avoiding politics, the album is also not autobiographical, a first for the musician. For each song, Van Zandt wrote from a different character’s perspective. In “Superfly Terraplane,” he’s a millennial; in “Love Again,” he’s a world-weary traveler searching for love.

“I like the idea of just making the 12 little movies and play a different role in each one,” he said. “I analyzed myself to death in the ’80s and I was sick of me. So I was ready for exploring my imagination for a change.”

The idea of writing an entire album of new material came during the tour of Van Zandt’s 2017 album “Soulfire,” which was composed of covers and songs he had written for other artists but never cut himself.

“The brain cells that work towards writing your own records started to wake up,” he said. “The tour just started feeding in those ideas and basically we took the tour and put it in a blender and out popped these songs — basically exactly how I was hoping it would work and it did.”

Bruce Resnikoff, president/CEO at Universal Music Enterprises, calls Van Zandt “maybe the smartest musicologist you’ll ever meet.” He said Van Zandt effectively took 20 years off from his solo work to work with Springsteen, and returned to his sound as soon as he re-engaged with his own work.

Van Zandt is juggling plenty of projects, including a tour to support the new album. He’s just released the box set “Soulfire Live!,” which includes guest appearances from the likes of Springsteen and Paul McCartney. A two-volume set of his music for the “Lilyhammer” Netflix series comes out in July. A catalog box — including his five solo albums from the 1980s, the protest album “Sun City,” and live songs and extras — is due in the fall. He also confirmed that Springsteen has written an album for the E Street Band.

Then there’s ensuring that there’s a pipeline of music fans for the future. Van Zandt believes his “Underground Garage” radio show on Sirius XM has introduced about 1,000 new bands to the public in the past 17 years. And he recently founded the TeachRock project, which helps young people connect the history of popular music to classroom work across disciplines.

It has 150 free lesson plans online and 25,000 teachers have registered. Jackson Browne, Martin Scorsese, Bono and Springsteen have helped develop it.

Van Zandt was inspired to launch the initiative to “keep the arts in the DNA of the education system.” It works by connecting music to history and social studies. If a student loves Beyonce, they’ll soon learn about people who paved the way for her, like Aretha Franklin, and lessons about the gospel church, Detroit and the civil rights movement.

“Art is an absolutely necessary part of the quality of life and it also helps kids learn. It gives them a comfortable place to learn from,” he said.

Some of the reason Van Zandt has been less outspoken with his politics is to avoid having the curriculum accused of being partisan. “I wanted it to be a purely educational enterprise.”

His music, though, remains welcome to all.

“You will leave stronger than you came and leave happier than you came,” he says, “and maybe even be able to deal with this madness of the real world a little bit better.”