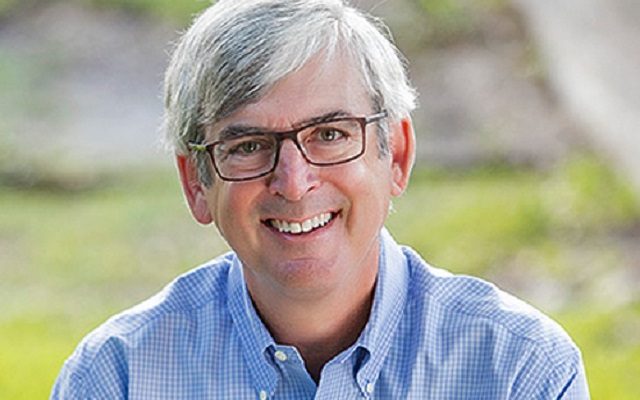 SAN ANTONIO (KTSA News) – Shortly after the San Antonio City Council approved a resolution declaring racism a public health crisis, the subject of race emerged during a discussion of a nominee to represent the South Side on  the San Antonio Water System Board.  The city council’s governance committee recommended Potts, who’s White.

Councilwoman Ana Sandoval supported  Pott’s nomination. With SAWS possibly taking over more responsibility for protection of the Edwards Aquifer, Sandoval said it’s important to have someone with his knowledge and expertise on water issues.

Potts lives in the Lavaca neighborhood just south of downtown San Antonio.  He’s the current president and CEO of the Dixon Water Foundation and has served as former general manager of the Edwards Aquifer and state director of The Nature Conservancy.

“And yes, he happens to be a White man, and from someone who has been in the field, I’ll tell you, it’s really hard to find someone of color,” said Sandoval.

The District 7 councilwoman, who has a master’s degree in Civil and Environmental Engineering from Stanford and a master’s in Public Health from Harvard,  lamented that she often was the only Latina in her classes and she’s hoping more Latinos will be drawn to those fields. Sandoval also reminded her colleagues about the council’s discussion concerning discrimination earlier Thursday  before they approved a resolution declaring racism a public health crisis.

“We got to share how we felt about that and at some point, that has reared its head into this appointment process, too,” Sandoval said.

Viagran told  Potts, “You have worked much of your life in water, and I thank you.   How you connect with people and the issues of the south sector is what I cannot wait on.”

Viagran expressed disappointment in the governance committee’s selection process that led to Pott’s recommendation, saying she wants someone who’s more familiar with the South Side.

“My main concern is the residents of the southern sector, and in particular, those south of Highway 90,” said Viagran. “Representation matters.”

Her choice is Fernando Reyes, chairman of the Board of Reyes  Automotive Group II and Reyes Amtex Automotive. The businesses are Tier I Suppliers for Toyota Motor Manufacturing Texas Inc.   The businessman and community leader lives in the Dominion, but he grew up in the South Side and attended schools in the Harlandale Independent School District.  He also is a past president of the Fiesta San Antonio Commission and a former Rey Feo.

Viagran nominated Reyes, but was told that Thursday’s vote was just a “yes” or “no” vote on Potts’ nomination.

When it was all said and done, the council vote was split 5-5, so the issue goes back to the governance committee.  Council members Roberto Trevino, Adriana Rocha Garcia, Sandoval, John Courage and Mayor  Ron Nirenberg voted for Potts’ nomination to the SAWS Board.  Jada Andrews-Sullivan, Viagran, Shirley Gonzales, Melissa Cabello Havrda and Clayton Perry voted against Potts.  Councilman Manny Pelaez was absent.

54 mins ago
Connect With Us Listen To Us On