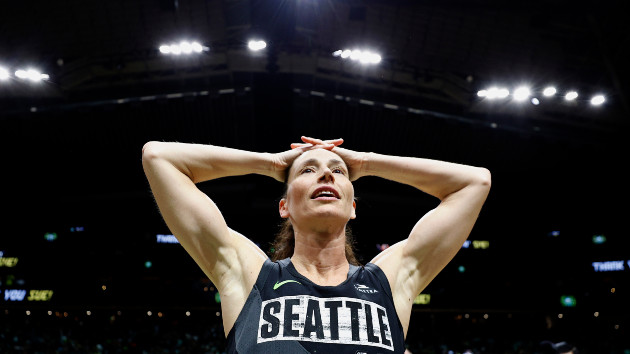 (SEATTLE) — Sue Bird said her goodbyes to fans Tuesday night as the Seattle Storm lost to the Las Vegas Aces in Game 4 of the WNBA Semifinals.

The 97-92 loss marked the end of the 41-year-old guard’s legendary two-decade career in Seattle. She wrapped up the night with eight points and eight assists.

Bird began her career in 2002 when she was chosen by the Storm as their first overall pick in round one of the WNBA draft. She closes out her time in the league with four WNBA championships and five Olympic gold medals.