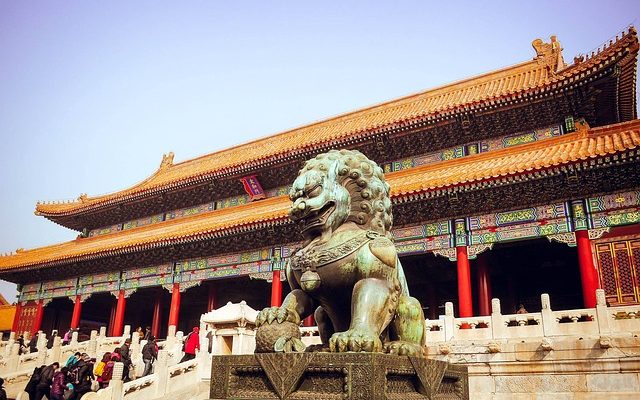 Companies that responded to a questionnaire last week want an end to Chinese pressure to hand over technology, unequal enforcement of laws and other chronic problems, said Tim Stratford, chairman of the American Chamber of Commerce in China. If not, he said, their losses in a tariff war “will be a tremendous waste.”

The comments appear to reflect support for President Donald Trump and other U.S. officials including Trade Representative Robert Lighthizer who want changes in industrial policy Beijing’s trading partners say violate its free-trade obligations. Others worry China might be allowed to limit such changes in exchange for narrowing its politically volatile trade surplus with the United States through higher purchases of soybeans and other exports.

“If we don’t address the underlying structural issues, we will have continued trade frictions,” Stratford said in an interview.

Trump’s dramatic decision in July to hike duties on Chinese imports split the U.S. business world. Some companies support the move to force Beijing into negotiations while others complain the tariffs are too costly and disruptive.

Some 43 percent of 150 companies that responded to a questionnaire last week want to keep Trump’s punitive tariffs of 10 percent on $200 billion of Chinese goods in place while negotiations go ahead, Stratford said. He said an nearly 10 percent want Trump to go ahead with a planned March 1 increase to 25 percent.

Trump announced Sunday he would postpone the March 1 increase after weekend talks made “significant progress.” He set no new date.

Both governments said they made progress on technology transfer, protection of intellectual property rights and non-tariff barriers to market access but gave no details.

Companies that responded to last week’s questionnaire said they want guarantees Chinese anti-monopoly and other laws will be enforced equally against them and local competitors, according to Stratford. He said they want an end to pressure to hand over technology and a role in setting official industrial standards.

“We want a deal that really addresses the persistent problems,” said Stratford, a lawyer and former deputy U.S. trade representative. “There are mixed feelings about the tariffs. The majority are in favor.”

Trump raised duties in response to complaints China steals or pressures companies to hand over technology. Washington wants Beijing to roll back plans including “Made in China 2025,” which calls for government-led creation of global competitors in robotics and other technology.

Europe, Japan and other trading partners object to Trump’s tactics but echo U.S. complaints China is violating its market-opening obligations.

American companies worry U.S.-Chinese relations will deteriorate and are “hedging their bets” by delaying investments or moving operations, according to a separate survey released Tuesday by the American chamber.

Companies ranked “bilateral tensions” as a top challenge alongside chronic frustrations with rising costs and vague laws and enforcement.

“A growing number of companies are hedging their bets,” the report said. Nearly one-quarter of those surveyed were postponing investments or moving supply their supply chains to avoid the impact of possible tariff increases.

UBS reported in January that 37 percent of 200 manufacturers surveyed by the bank have shifted out of China over the past 12 months. The threat of U.S. tariff hikes was the “dominating factor” for nearly half, while others moved because of higher costs or tighter environmental regulation.

The American chamber’s European counterpart has reported similar unease among its members and reluctance to invest.

Three-quarters of companies in technology and other research-based industries said market restrictions hamper their operations, it said. It said almost half of companies surveyed believe Chinese policies are enforced differently against them and local rivals.