Survey: Companies add fewest jobs in 9 years in May 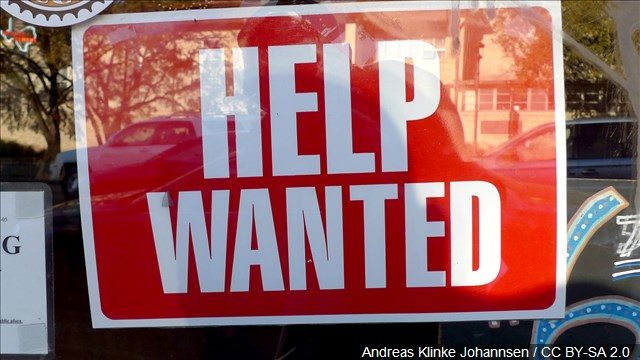 Payroll processor ADP said Wednesday that businesses added just 27,000 jobs in May, the fewest since March 2010. Jobs in construction fell 36,000 and in manufacturing by 3,000.

The figures come just after ADP reported strong hiring in April, when companies added 271,000 jobs, the most in nine months. Mark Zandi, chief economist at Moody’s Analytics, which helps compile the data, said the broader hiring trend is probably closer to the average of the two month’s gains, at around 150,000.

That is down from last year’s average monthly gains of about 225,000.

“The economy’s growth rate has slowed sharply from last year,” Zandi said. “That is now starting to show up in the job market.”

Growth could slow to as low as 1.5% at an annual rate in the April-June quarter, down from a nearly 3% pace last year. A weaker global economy and fading stimulus from the Trump administration’s tax cuts is dragging on the U.S. economy. The tariffs on Chinese imports may also be causing companies to delay their spending on large equipment and machinery.

Small companies have struggled to add workers as the number of unemployed has dwindled. Larger companies typically are able to offer higher pay and more benefits and are better able to hire in a tight job market.

The ADP’s figures don’t include government hiring and frequently diverge from the government’s official report, which is scheduled to be released Friday. Economists expect that report will show job gains of 185,000, while the unemployment rate remains at a nearly 50-year low of 3.6%.