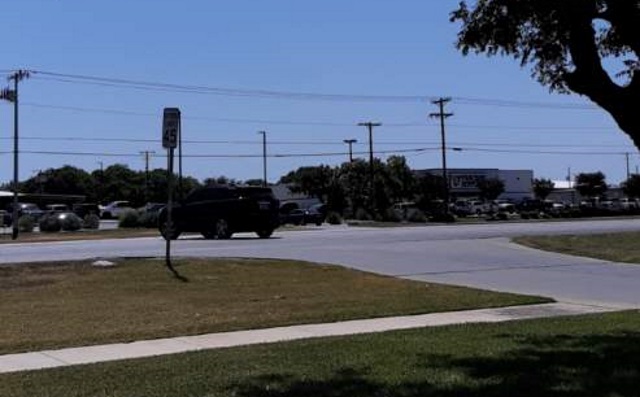 BEXAR COUNTY, Tex. (KTSA News) — An ATM at a bank in New Braunfels was robbed while a repairman was servicing it late Tuesday morning.

New Braunfels police say an ATM repairman told them he was approached by a black male outside a Wells Fargo Bank branch on Loop 337 at around 11:45 a.m. who threatened him with a firearm.  Police say while a gun was threatened, no firearm was actually displayed.

The suspect then took cash from the ATM before leaving in a black SUV.

The robber is reported to have been wearing a red hoodie and a black face mask.  The SUV was last seen turning onto Loop 337 in the direction of Common Street.