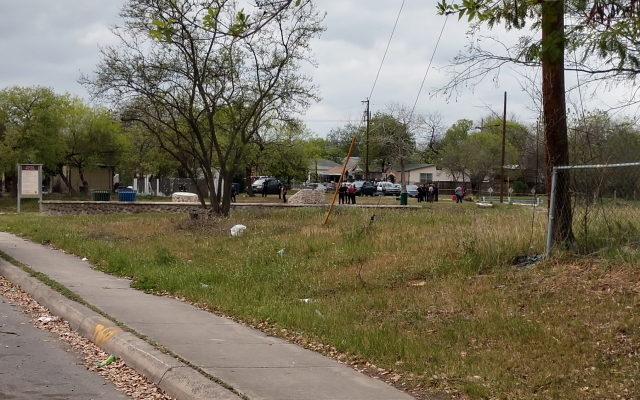 San Antonio police chief William McManus said officers were investigating a robbery at a CVS store on Culebra Road.  They were looking for the suspects in the case when they came across a completely unrelated group of three people in a gray SUV.

“The officers saw a gun in the vehicle — somebody pull a gun back into the vehicle,” McManus told reporters at the crime scene.

Police followed that SUV to the 1200 block of Lombrano Street when one of the suspects shot at police.

One officer returned fire, hitting the shooter in the leg.

McManus said all three were arrested and are suspected in five or six other robberies.  There is a chance they could be involved in the CVS robbery, but the chief said they are currently considered to be unrelated to that robbery and don’t have details on that investigation.

Charges are pending and could include aggravated assault and being in a stolen vehicle.