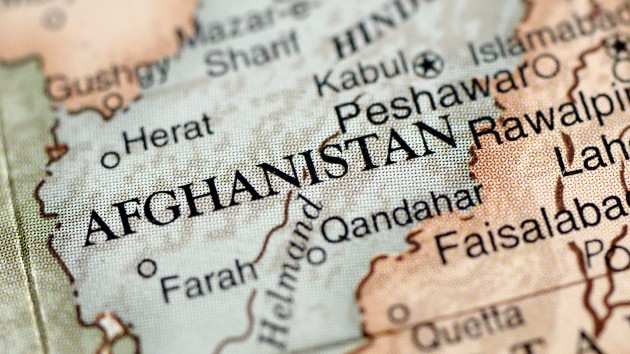 (NEW YORK) — The Taliban has claimed it now controls most of Afghanistan as the United States military withdrawal from the country looms and a day after U.S. President Joe Biden defended his decision to bring home American forces following two decades of war.

A Taliban delegation gave a press conference in Moscow on Friday following a week where rapid advances by the militant group in northern Afghanistan unsettled neighboring Central Asian countries and heightened concerns over the U.S.-backed Kabul government to retain control after the final American exit.

The three Taliban officials at the press conference, though, sought to counter those concerns, presenting the group as ready to share power with. At the same time, they claimed the group now controls 85% of Afghanistan — a figure that is likely a substantial exaggeration.

“We don’t want to fight. We want to find a political solution through political negotiations. Negotiations of the kind are ongoing in Doha,” Suhail Shaheen, a Taliban spokesman told reporters in remarks quoted by the Russian news agency Interfax.

The officials said the Taliban was not seeking total control of power and wanted to include all members of Afghan society in government.

Taliban forces have surged in regions across Afghanistan, estimated to have captured more than a quarter of the country’s districts since the U.S. began the withdrawal of its troops in May. This week, Russia said the group now controls two-thirds of Afghanistan’s border with Tajikistan — and videos have emerged appearing to show Taliban officials now manning customs posts there.

It is difficult to assess how much territory the Taliban now controls and estimating it has long been highly contested. But an assessment by the U.S. Special Inspector General for Afghanistan Reconstruction in 2018 found that the Afghan government controlled just over half of Afghanistan’s districts.

That control has drastically shrunk again in recent weeks, with the Taliban succeeding in taking over dozens of districts.

Biden in a press conference on Thursday bluntly defended his decision to withdraw American troops and rejected that a Taliban takeover of the country is “inevitable.”

“The Afghan troops have 300,000 well-equipped — as well-equipped as any army in the world — and an air force against something like 75,000 Taliban. It is not inevitable,” Biden said.

Asked by reporters about Biden’s comment on Friday in Moscow, the Taliban officials said it was his personal opinion.

“We should declare that this is Mr. Biden’s personal opinion. You can see for yourselves that up to 14 districts have joined the Islamic emirates in a week,” Taliban official Shahabuddin Delawar said.

The rapid advances have deepened worries about the Kabul government’s ability to withstand a Taliban offensive after the U.S. exit, and the threat that could pose to human rights, in particular for those of women.

The Taliban gains have also added renewed urgency to the issue of thousands of former Afghan interpreters and their families whose safety could be at risk and who the Biden administration has promised to help leave amid accusations it has abandoned them.

The Pentagon has said it is looking at evacuating thousands of the interpreters and the families to U.S. territories, military installations and countries outside Afghanistan.

The Taliban delegation in Moscow pledged that the interpreters would not be harmed if they stayed in Afghanistan.

“We guarantee that they can be in Afghanistan, live normal lives, they will not be harmed,” Shaheen said.

There are approximately 18,000 Afghans seeking a Special Immigrant Visa, which gives those who worked for the U.S. military or diplomatic mission in Afghanistan and Iraq the chance to move themselves and their families to the U.S.

The U.S. has said the group may be moved to Afghanistan’s three northern neighbors: Tajikistan, Kyrgyzstan and Uzbekistan. But a U.S. official told ABC News this week the planning is still in the early stages.

The Taliban’s appearance in Moscow came as its advances in the north have disturbed Russia by unsettling its neighbor Tajikistan. Over 1,000 Afghan troops and other refugees fled into Tajikistan this week as the Taliban also took control of much of Afghanistan’s border with the country.

The moves alarmed Tajikistan which mobilized 20,000 troops in response. The tensions presage the possible regional upheaval that may follow the U.S. exit and have worried Russia, which has a military base in Tajikistan and sees the former Soviet countries of Central Asia as vital to its security.

Following talks on Thursday in Moscow, Russia’s foreign ministry said it had received assurances from the Taliban that the group would not allow its forces to violate the borders of Central Asian countries.

Russia has maintained relations with both the Taliban and Afghanistan’s government, hosting several rounds of Afghan talks in recent years. Moscow wants to prevent the conflict from destabilizing its Central Asian neighbors and stopping Islamic extremists, in particular the Islamic State, from infiltrating them from Afghanistan.

Delawar said the Taliban would not allow the Islamic State to exist in Afghanistan or for the country to be used to launch attacks on its neighbors.