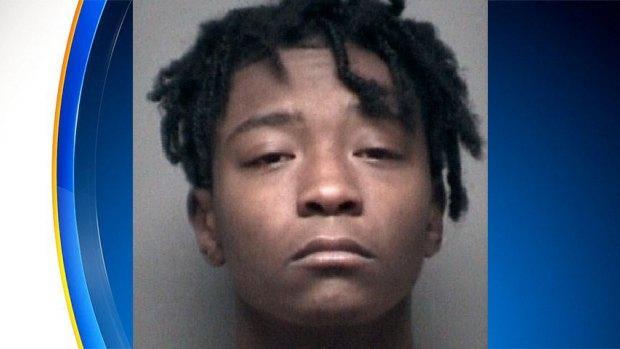 D'Jon Anton Grand Prairie Police Department
Law enforcement officials in Texas have arrested an 18-year-old man for his alleged involvement in the killing of actor Eddie Hassell.  CBS Dallas/Fort Worth reports D’Jon Anton is currently being held in the Grand Prairie Detention Center with a bond set at $500,000.

The 30-year-old Hassell, best known for his roles in the Oscar-nominated film “The Kids Are All Right” and the NBC series “Surface,” was shot in Grand Prairie, a Dallas suburb, just before 2 a.m. on Sunday.

Grand Prairie Detectives determined the killing stemmed from a random robbery by Anton, who is not a resident of Grand Prairie. The case will be referred to the Tarrant County District Attorney’s Office.

Police earlier said that a car had been taken from the scene of the shooting.  The New York Times previously reported that Hassell was shot in the abdomen while he was outside his girlfriend’s apartment.

In addition to his role as a pill-snorting teen in “The Kids Are All Right,” the Corsicana, Texas native was also known for his recurring role on the NBC mystery drama “Surface” and for his role on the Lifetime drama “Devious Maids.” He also appeared in the 2013 film “Jobs” starring Ashton Kutcher.

Hassell moved from Texas to Los Angeles when he was 11 years old to pursue an acting career.