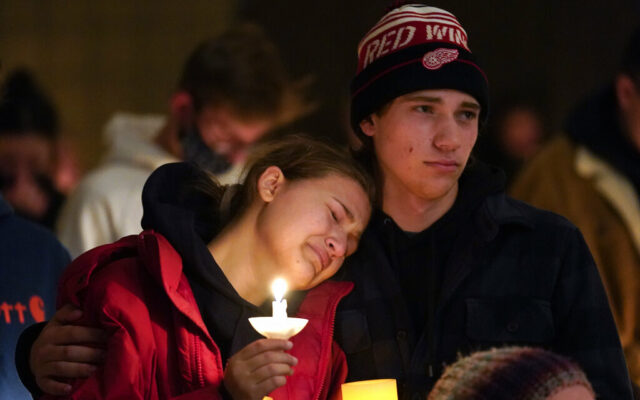 OXFORD TOWNSHIP, Mich. (AP) — A Michigan teenager has been charged with murder, terrorism and other charges for a shooting that killed four fellow students and injured others at Michigan’s Oxford High School.

Charges against 15-year-old Ethan Crumbley were announced Wednesday, a few hours after authorities reported the death of a fourth teen from the school in southeastern Michigan. Crumbley is charged as an adult.

The shooting occurred Tuesday, about 30 miles north of Detroit in Oakland County.

Investigators say Crumbley was armed with a semi-automatic handgun purchased last week by his father.