Tennessee will not have the world’s biggest Buc-ee’s, Texas to reclaim title 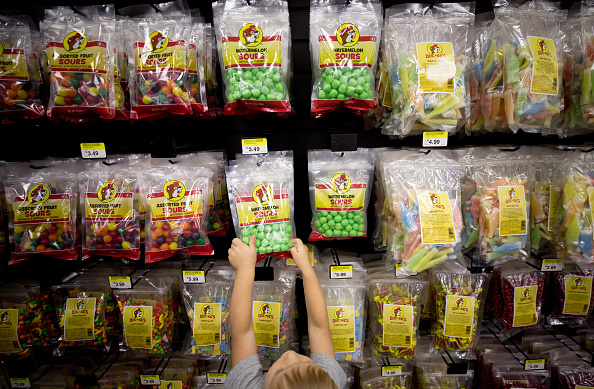 SAN ANTONIO (KTSA News) — Texas has not officially lost the crown as home to the largest Buc-ee’s yet, but there is hope the Lone Star State may be able to claim the title again in the future.

San Antonians don’t have to go far to visit the largest Buc-ee’s in the nation — which also holds the record for the largest convenience store in the world at 66,335 sq. ft — as it currently operates in New Braunfels.

We learned earlier this year the Texas-based company would be giving that record to a new store currently under construction in Tennessee.

The Nashville Eater reported the new Sevierville, Tennessee, store will be more than 74,000 sq. ft when it opens later this year.

The company began its multi-state expansion in 2019 with stores now open in Alabama, Florida and Georgia, and plans for others in Kentucky, South Carolina, Colorado, Mississippi, Missouri and Tennessee.

According to the Dallas Morning News, Buc-ee’s is eyeing Hillsboro as a possible location for a new home for Texas’ favorite semi-aquatic rodent. It would be the fifth location on the I-35 corridor in North Texas.

The convenience store would sit at the southern seat of I-35 where I-35W from Fort Worth and I-35E from Dallas meet, positioning a store a little more than halfway between the 100-mile stretch on the corridor between the Buc-ee’s in Temple and the store in Ennis.

The Hillsboro Planning and Zoning Commission met March 28 where plans were revealed showing the new Texas store will match the size of the Sevierville store if plans move forward.

“We’re always looking for great sites, and we’ve identified the city of Hillsboro as an ideal location,” said Jeff Nadalo, general counsel for Buc-ee’s Ltd, told the Dallas Morning News. “We’re working to see if we can make that a reality.”

The Hillsboro City Council will reportedly vote Tuesday to approve a staff recommendation to allow for a 125-foot tower to be built featuring the iconic beaver on top along with other size exemptions. The city currently cap’s the height at 100 feet.

In February, Buc-ee’s announced the long-awaited Boerne store would see another round of delays in opening. The store is now expected to open in 2025 — almost 10 years after the project was first announced.

The delays are due to the number of TxDOT projects both planned and currently underway.

Bucc-ee’s in Boerne now expected to open in 2025