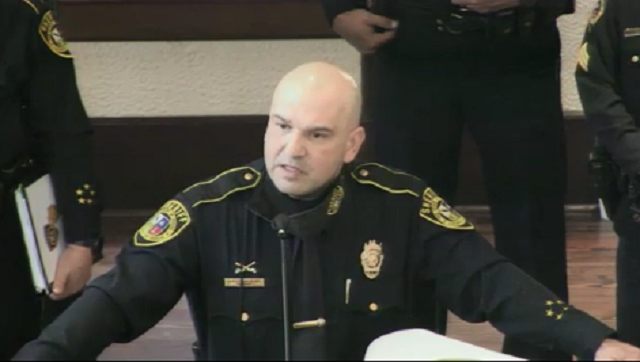 SAN ANTONIO (KTSA News) – A request for approval of a $20,000 donation for a rescue and recovery boat for the Bexar County Sheriff’s Department was thrown off course by a County Commissioner.

Trish DeBerry, the lone Republican on Commissioners Court,  rebuked the sheriff for not providing more details to her office about his proposal.

Sheriff Javier Salazar said there was no intent to insult anyone and, if approved,  this would be BCSO’s first purchase with donations from the Bexar County Sheriff’s Foundation, which is overseen by the San Antonio Area Foundation.

“I do beg to differ.  It’s not a shiny new toy,”said the sheriff. “It’s something that we’ve seen a need for.”

He explained that deputies have borrowed boats from other agencies to conduct search and rescue operations in homicide and missing person cases and to recover stolen vehicles from lakes and ponds.   Salazar says they  also need a boat for water rescues.

DeBerry said the donations would be better spent on equipment for new recruits, such as boots, uniforms and the cost of peace officer licenses.

“Granted, you’re not supposed to look a gift horse in the mouth, but I’m just going to tell you from a priority standpoint, I think  this is a distraction.  This is fiefdom-building when you need to be very focused, and laser-focused on the problem that we have at the jail and regarding the reduction that you had in force on the law enforcement side,” said DeBerry.

Salazar told the court the need for a boat is there, but “when it’s used as an excuse to bring me up and attack me yet, again –we’ll just kill the item.”

She explained that it wasn’t an excuse to attack the sheriff.  DeBerry said it’s an opportunity for him to provide more details about the request “and enhance communication when you come to this court.”

Commissioner Tommy Calvert said he understands the need for a boat.

“Folks might have told Noah he didn’t need a boat before the flood came,” said Calvert. “I can see the need for a boat for rescuing folks.”

Calvert further explained that his father used a boat to rescue people during the floods of  ’98.

Commissioners asked the sheriff to bring back the request in two weeks with more details on issues such as liability and maintenance.