Tesla selects Austin to build its next Gigafactory 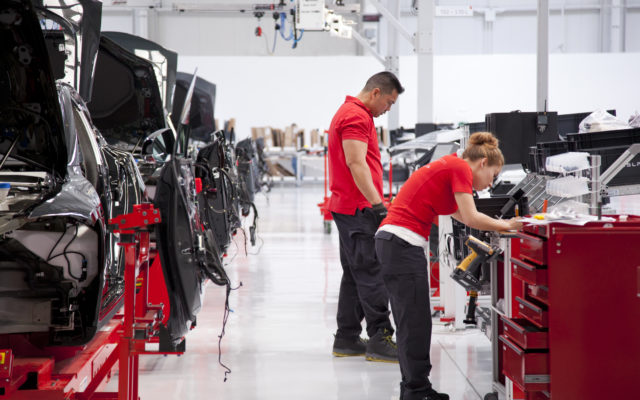 (Texas News Radio) — Tesla has selected Travis County to build its next Gigafactory.

Texas Governor Greg Abbott announced the news Wednesday.  The factory, which will build Tesla’s Model 3, Model Y, Semi, and Cybertruck, will be located on State Highway 130 near Austin-Bergstrom International Airport.

The governor said the new factory will create at least 5,000 new jobs and generate over $1 billion in capital investment.

In Tesla’s earning call, Tesla CEO Elon Musk said there are also plans to create a so-called “ecological paradise” on the property along the Colorado River that will be open to the public.

“Tesla is one of the most exciting and innovative companies in the world, and we are proud to welcome its team to the State of Texas,” said Governor Abbott. “Texas has the best workforce in the nation and we’ve built an economic environment that allows companies like Tesla to innovate and succeed. Tesla’s Gigafactory Texas will keep the Texas economy the strongest in the nation and will create thousands of jobs for hard-working Texans. I look forward to the tremendous benefits that Tesla’s investment will bring to Central Texas and to the entire state.”

Tesla had been considering either Austin or Tulsa for its next factory.