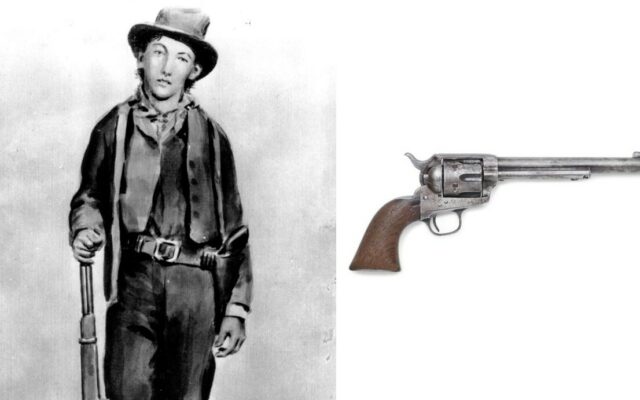 The auction took place in Los Angeles on August 5 at the Bonhams auction house and the massive collection was owned by longtime Texas A&M engineering professor Jim Earle. Earle and his wife Theresa collected the firearms over 50 years.

“It took them over 50 years to collect these items,” Susan Palmer, one of the Earle’s daughters, said. “I personally know some of the people who bid on and purchased these guns, so it is good to know that they are going into good hands who will cherish them the way our parents did. And I have to say the Bonhams’ auction people did a super job of arranging the entire collection.”

The signature item in the collection was the Colt “Peacemaker” revolver used by Sheriff Pat Garrett to kill Billy the Kid, which was valued between $2 to $3 million. It sold in the auction for more than $6 million.

“To be honest, I am not that surprised,” Palmer said. “My sister and I were told all of our lives how valuable this collection would be one day. We always knew the gun that killed Billy the Kid would be highly sought by collectors.”

The auction contained a couple of non-firearm items including the book contract signed by Pat Garrett for his agreement to tell his story about the life of Billy the Kid and a rare tintype metal photograph of lawman Virgil Earp.

“My parents spent years and years collecting these things,” Palmer said. “I remember riding in the car in the early 1970s to the DFW airport in Dallas in the middle of the night to collect his first historical firearm — a Wyatt Earp shotgun — which was arriving by plane from California. Daddy even saved the crate and packing material for years because the gun was that special to him. Collecting was a passion for them.”

Earle was a former Texas A&M student known for a comic strip that ran in the student newspaper The Battalion from 1955 to 1985 that spoofed the life of students in the Corps of Cadets. He served as a second lieutenant in the Air Force from 1954 to 1957 after which he began his tenured career teaching at Texas A&M until he retired in 1995. He died in 2019.

“It’s really tough to see the collection go,” Earle’s daughter said. “My mom and dad collected these items for almost 50 years. But it’s time to let someone else own them, and we hope that whoever does will protect the collection and love it as much as my mom and dad did.”

Earle was considered an authority on Western outlaws and lawman most notably on Billy the Kid and Pat Garrett.