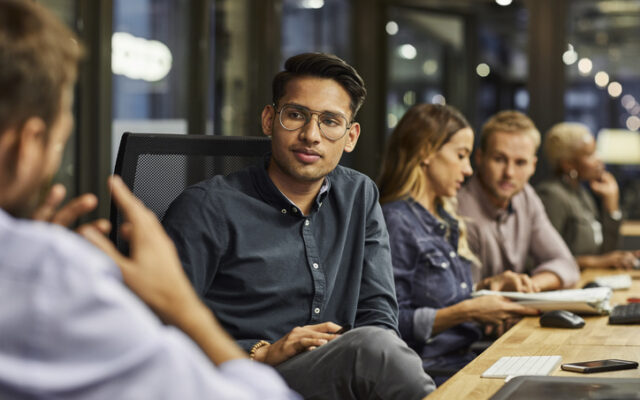 Businessman explaining colleague while sitting at desk. Male and female professionals are working in creative office. They are wearing smart casuals.

(Texas News Radio) — The Texas accent is a lot of things to a lot of Americans: best, sexy, smart-sounding, trustworthy, and annoying.

Preply surveyed more than 2,000 Americans to come up with the rankings.

In terms of sexiness, the Texas accent was number two on the list of 14 accents rated — only behind the Southern accent and ahead of the New York accent.  The bottom three were Appalachian, Minnesotan, and New Orleans/Cajun.

The New York accent was considered to sound the “smartest”, followed by Midwestern, Chicagoan, and Bostonian.  Texas was the fifth “smartest-sounding” accent.  Appalachia, New Orleans/Cajun, and Minnesotan again rated poorly.

The Texan accent was the fourth most-trustworthy, according to the survey.  Midwestern, Southern, and New York ranked ahead.  Appalachian, Long Island, and New Orleans/Cajun fared the worst.

But the most important platitude — the best accent — went to Southern.  The Texas accent rated fourth, behind New York and Midwestern.  The worst accent: Appalachian.