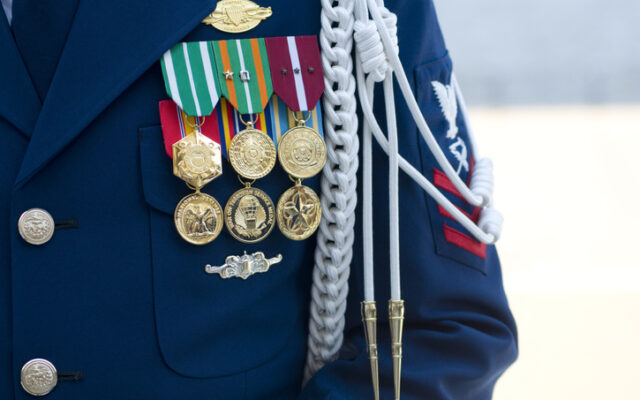 The medals, buttons, and badges of a US Coast Guard Company Commander.

SAN ANTONIO (KTSA News) — Texas Attorney General Ken Paxton wants American service members to have the right to choose whether or not they take vaccines.

This comes after seven cadets at the U.S. Coast Guard Academy were disenrolled because they refused COVID-19 shots for religious reasons.

Paxton has joined a Mississippi-led amicus brief in the New Orleans-based U.S. Court of Appeals for the Fifth Circuit that aims to protect the religious beliefs of service members who are being forced to take vaccines.

In a release, Paxton says the Biden Administration’s unwillingness to allow religious exemptions is a violation of the Constitution. He also says current policies on vaccinations are having a disastrous impact on military morale, combat readiness and recruitment.

The brief states the following:

“Against this backdrop of very low risk to service members, the Navy has approved almost no religious exemptions. Only 43 religious accommodation requests have been approved, and 4,235 requests remain pending. All 43 conditional approvals occurred well after this case began and after the prior 100% denial rate had been called out at all three levels of the federal judiciary.”

The brief continues: “When considered within its broader response to the pandemic, the denial rate takes on a different cast. It supports the view that the Administration is again advancing political judgments rather than making sound decisions on health. The amici States speak from experience in concluding that the Administration’s near-blanket refusal to grant religious exemptions is not credible and that its denial in this case is not entitled to deference.”

You can read the entire brief here.