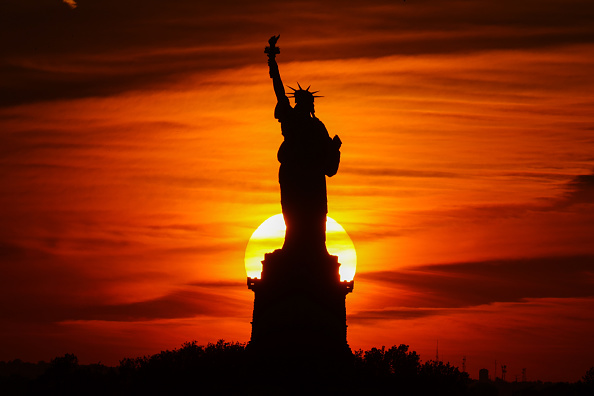 NEW YORK, NY - JUNE 20: Sunset view with clouds behind the Statue of Liberty is seen from Brooklyn in New York City, United States on June 20, 2022. (Photo by Tayfun Coskun/Anadolu Agency via Getty Images)

SAN ANTONIO (KTSA News) — Texas Attorney General Ken Paxton is signing on as a supporter of the Women’s Bill of Rights.

It is a document developed by the Independent Women’s Voice that calls for the codification of the reality-based definition of a woman. The effort also comes in response to what Paxton says are challenges made by woke activists to basic biology and fundamental truths for political purposes.

“The radical left has long had trouble with telling the truth,” said Attorney General Paxton. “They’ve tried to redefine the word ‘recession,’ revise American history, paint concerned parents as ‘domestic terrorists,’ and now they want to fundamentally change what it means to be a woman. It’s wrong, and it’s why I’m fighting to stop their dangerous agenda that threatens women and anyone who stands up for what’s right.”

Paxton adds that the Women’s Bill of Rights aims to highlight biological differences between men and women and also breaks down how opportunities for women are impacted when state and federal laws fail to recognize those differences.