Texas bakery sells out of inventory after facing Pride backlash 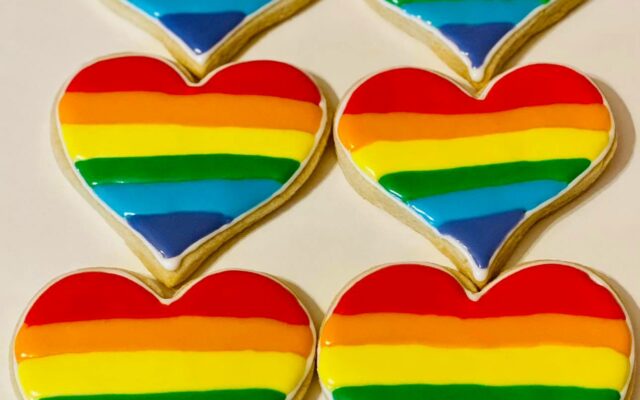 Photo: Confections Bakery Facebook
Confections in Lufkin, Texas announced on Thursday that it would be selling rainbow cookies for Pride Month. The bakery, located in East Texas, soon faced backlash for its decision.

Confections took to Facebook to reveal that many of its customers had sent hateful messages and canceled orders and claimed its “likes” were also plummeting.

According to Tyler, Texas, CBS affiliate KYTX, by Friday, Confections was inundated with messages of support from across the U.S., including from Mark Cuban’s brother, Brian, who reached out to buy cookies to be donated to LGBTQ charities and other nonprofits.

“When things slow down a bit, let us know if shipping is possible. I’d like to support you,” Cuban said, according KYTX. “If shipping isn’t possible, I’ll buy some by phone/email and you can donate my cookies to a local LGBTQ org or children’s charity.”

Photos posted to social media showed people flooded Confections’ brick and mortar location. By the end of the day, Confections posted that it had sold out of its entire inventory.

Confections opened for just a short time on Saturday and once again sold out its inventory. According to the Confections team, several customers offered to donate money instead of buying cookies because there was nothing left in the store. Co-owner Miranda Dolder announced those funds would be sent to a local animal rescue.

An Instagram post from Confections confirmed that customers had raised more than $600 for Blue Collar Mutts Rescue.

The bakery plans on creating a donation schedule to send cookies to nursing homes and charities after Father’s Day.