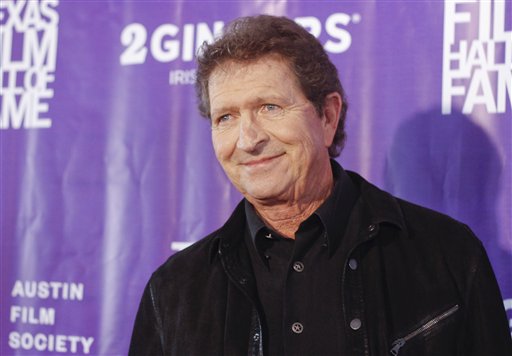 SAN ANTONIO (KTSA News) — He was a Lubbock native who went on the scale the heights of the entertainment world as a singer, songwriter and actor.

Mac Davis has died in a Nashville hospital from complications following heart surgery.

After graduating from Lubbock High School, Davis moved to Atlanta.

His first job in the music industry were behind the scenes, working as a promotions man for VeeJay and Liberty Records in the early 1960’s.

Davis experienced early success as a songwriter. Elvis Presley had hits with the Davis compositions “Memories”, “A Little Less Conversation”, “Don’t Cry Daddy” and “In The Ghetto”.

Eventually, Davis become a recording star on his own. He signed with Columbia records in 1970 and two years later he scored a Billboard number one with “Baby Don’t Get Hooked On Me”.

While he was enjoying success with his music career, he branched out into television. His variety show, “The Mac Davis Show” aired on NBC from 1974 through 1976.

Then in 1979, he made his movie debut in “North Dallas Forty”. Other films followed including “Cheaper To Keep Her” and “The Sting II”.

The 1980’s found Davis on a different stage. This time in the Broadway production of “The Will Rogers Follies”.

While his acting career was rolling, he maintained a presence on the radio with the songs “Stop and Smell the Roses”, “One Hell of a Woman”, “Hooked On Music”, “Hard to be Humble” and the autobiographical “Texas in My Review Mirror” which recounted his days in Lubbock. His hometown eventually honored him when they renamed a street that intersects Highway 84 “Mac Davis Lane”.

Davis is survived by his wife of 38 years and his three children.