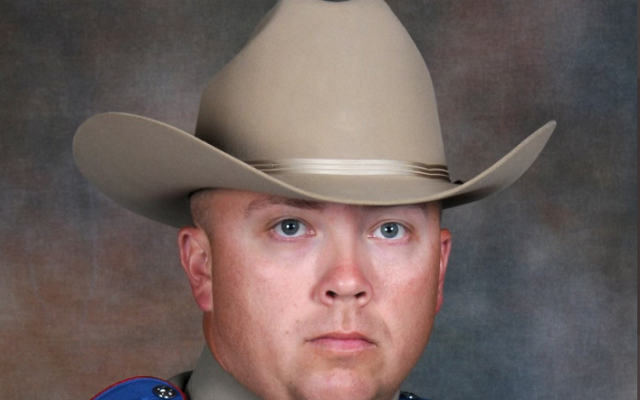 SAN ANTONIO (News) – The Texas Department of Public Safety has announced the death of a trooper who was shot last Friday in Limestone County.

Trooper Chad Walker was stopping to assist a driver near Mexia Friday night when he was shot in the head and abdomen.   Walker was transported to Baylor Scott & White – Hillcrest Hospital in Waco, where he later died from his injuries.

“Our DPS family is absolutely heartbroken at the loss of one of our brothers in uniform who was killed in the line of duty,” said DPS Director Steven McCraw. “Texas Highway Patrol Trooper Chad Walker was committed to protecting the people of Texas. His sacrifice will never be forgotten, and we ask that you keep his family, friends and colleagues in your prayers during the difficult days ahead.”

DPS says in his final lifesaving act, Trooper Walker’s organs were donated to save others. Funeral services are pending.

The suspect was found dead Saturday of an apparent self-inflicted gunshot wound.