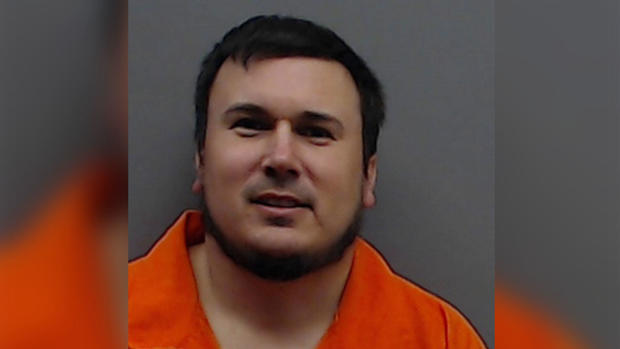 Ex-nurse William Davis has been sentenced to death for killing four patients by injecting them with air at a hospital in Tyler, Texas. Smith County Jail

A former nurse in East Texas has been sentenced for killing four patients at a hospital in Tyler, Texas. William George Davis was found guilty of capital murder on October 19. On Wednesday, after about two hours of deliberation, a Smith County jury sentenced Davis to death, CBS affiliate KYTX reports.

In 2018, about a month before he was arrested, Davis looked at an article online: “List of serial killers by number of victims,” a United States Secret Service special agent said during his trial.

Someone who used the laptop also looked at a two pages about serial killers on the same day, according to the agent.

Following the guilty verdict, Davis called his ex-wife, KYTX reports. He said money was tight, so he would find ways to prolong ICU patients’ stays by hurting them so they would be sicker. He said this would allow him to work more hours and therefore, make more money.

Texas is one of 24 states with the death penalty.

In a similar case earlier this year, a former nursing assistant who killed seven elderly veterans with fatal injections of insulin at a West Virginia hospital was sentenced to life in prison. A federal judge called Reta Mays “the monster that no one sees coming.” She had a history of mental health issues, and offered no explanation for why she killed the men.