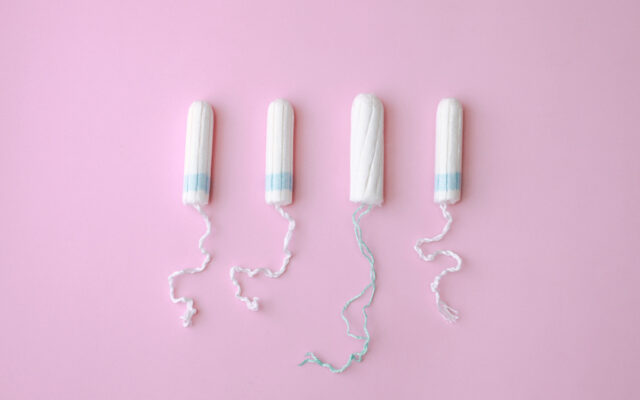 By William Melhado, The Texas Tribune

“Texas Gov. Greg Abbott joins other key Republicans in supporting repealing the “tampon tax”” was first published by The Texas Tribune, a nonprofit, nonpartisan media organization that informs Texans — and engages with them — about public policy, politics, government and statewide issues.

Other health care necessities, such as medicine and bandages, are exempt from sales tax in Texas. Advocates have called for the repeal of the tax, arguing that menstrual products should be classified as “wound care dressings,” which prevent bacterial infections and “maintain a moist or dry wound environment.” Given that wound dressings like Band-Aids are exempt from sales tax, supporters of repealing the sales tax on menstrual products argue that taxing them discriminates on the basis of sex.

Menstrual products are already tax-free in 24 states. Texas is among those states where consumers still pay tax on those products.

Previous attempts to repeal the sales tax in Texas have failed and will likely face more hurdles during next year’s legislative session. Proposals to eliminate the sales tax on menstrual products, spearheaded by state Rep. Donna Howard, D-Austin, have come before the legislature every session since 2017. None of those bills have made it to the governor’s desk.

If next session’s legislation reaches Abbott’s desk, he would support eliminating the tax.

“Governor Abbott fully supports exempting feminine hygiene products from state and local sales tax,” Renae Eze, a spokesperson for the governor, told The Texas Tribune in a statement on Friday. “These are essential products for women’s health and quality of life, and the Governor looks forward to working with the legislature in the next session to remove this tax burden on Texas women.”

But Huffman’s support of the measure as the chair of the Senate Finance Committee —that branch’s budget chief — is notable. The 2017 bill to remove the feminine hygiene tax died in that committee.

“Every woman knows that these products are not optional. They are essential to our health and well-being and should be tax-exempt,” she said in a press release Thursday announcing her support.

Hegar pointed to Texas’ strong economy and state revenues in explaining his support for the tax repeal. Given increasing prices and inflation, Hegar said the opportunity to exempt these products from taxation is a critical need for Texans.

“Texas can absorb this lost revenue easily, but for countless Texas women, this will mean significant savings in their personal budgets over time,” Hegar said in a press release. “This is a small amount of money relative to the overall revenue outlook for Texas.”

In Texas and across the country, institutions are working to improve greater access to menstrual products. Over the summer, the Austin Independent School District spent over $150,000 to provide free menstrual products to students in bathrooms.

Correction: A version of the bill to end taxes on some menstrual products cleared a committee in 2021 but never made it to the governor’s desk.

This article originally appeared in The Texas Tribune at https://www.texastribune.org/2022/08/18/glenn-hegar-joan-huffman-tampon-tax/.