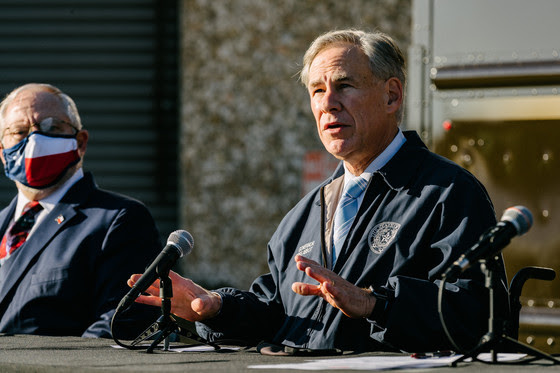 Photo; Office of the Governor

“In Texas, we do not turn our backs on our law enforcement officers,” the governor said Thursday following a roundtable discussion on public safety.  “Defunding the police is reckless.”

He also urged state lawmakers to end “the revolving door bail system.” Abbott is backing the proposed Damon Allen Act.  It’s named in honor of Texas State Trooper Damon Allen, who was killed during a traffic stop in 2017.  The suspect was previously convicted of assaulting a sheriff’s deputy and had recently been arrested on charges of evading arrest and aggravated assault on a public servant.  He was released on bond because the judge was unaware of his prior convictions.

“The fact is that Texas has a broken bail system that allows dangerous criminals to go free,” Abbott said.

He said he’s working on several strategies with Texas lawmakers.  One of those would expand the criteria that  judges must consider when setting bail.  Another would increase the qualifications of judges who are eligible to set bail.  He’s also pushing for a uniform court management system so that judges have the full criminal history  of a defendant when setting bail.