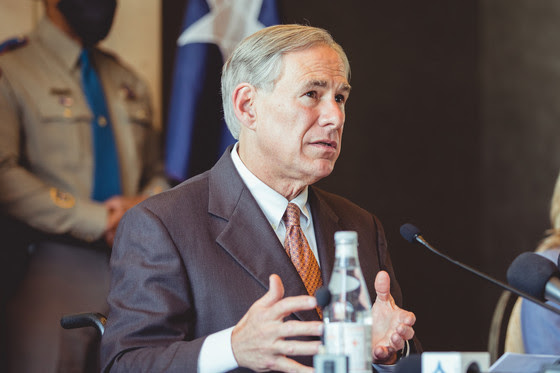 After visiting the Kay Bailey Hutchison Convention Center in Dallas Wednesday  where up to 3,000 unaccompanied minors will be temporarily housed, the governor said Americans deserve to know who’s helping these children cross the border.

“I am directly asking the Biden administration to allow the Texas Department of Public Safety to access this facility across the street at the Kay Bailey Hutchison Center, as well as the other federally-run facilities in Texas to be able to talk to these unaccompanied minors,” said Abbott.

The governor wants to know how these children are coming across the border and who’s assisting them.  He also wants DPS to find out if they were coerced or threatened by cartels, if they were harmed in any way, or victimized by human traffickers.

“We must get to the bottom of the human trafficking and put an end to it,” said Abbott. “The thought of any child suffering at the hands of human traffickers is completely unacceptable.

The governor also said they need to know if the unaccompanied minors were forced by the cartels to carry contraband as they made their way through Mexico into the United States.

DPS Director Steve McCraw says getting information from the children is a challenge if they’ve been threatened by the cartels.

“When a cartel says,’If you talk, we’re going to kill your families,’ they actually mean that,” McCraw stated at the governor’s news conference Wednesday afternoon.

Abbott announced he’s expanding the scope of Operation Lone Star to crack down on human trafficking.

He said the federal government should be questioning every unaccompanied minor crossing the border  to find out what countries they’re coming from and what COVID-19 variants they may have been exposed to.  Abbott said Texans also deserve to know if they’ve been tested for coronavirus and if so, how is the administration handling those who test positive.

“The Biden administration must also answer for enticing unaccompanied minors into inhumane conditions that expose these children to traffickers, to abuse, and to terror,”Abbott added.