Texas Lt. Gov. offers up to $1 million in rewards for evidence of voter fraud 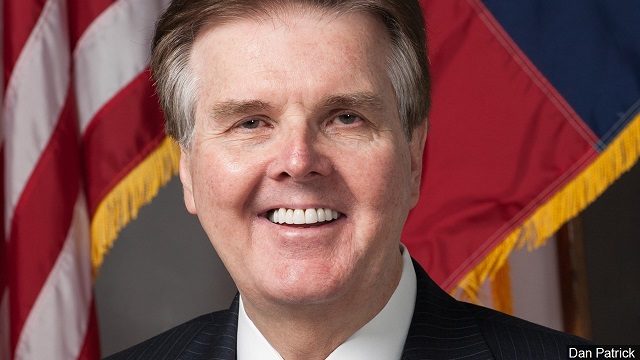 SAN ANTONIO (KTSA News) – Texas Lt. Governor Dan Patrick  has announced he’ll pay up to $1 million dollars for evidence  of voter fraud anywhere in the United States.  The money will come from his campaign.

“Whistleblowers and tipsters should turn over their evidence to local law enforcement. Anyone who provides information that leads to an arrest and final conviction of voter fraud will be paid a minimum of $25,000,”  Lt. Gov. Patrick said

His move is in support of President Trump’s efforts to identify voter fraud in the presidential election and to make sure that every legal vote is counted.

President Trump’s pursuit of voter fraud is not only essential to determine the outcome of this election, it is essential to maintain our democracy and restore faith in future elections,” Patrick said.

Patrick alleges that a lack of transparency has led people to believe that the final count is not accurate in states where the winner was determined by a small percentage of the vote.

“In Texas we know voter fraud is real. In just the last 60 days, we have had three major arrests on voter fraud including a social worker who was arrested last week for allegedly registering almost 70 developmentally disabled adults to vote without their signature or consent,” he said.  “In Texas, we also know that it is possible to provide the results of mail-in ballots on Election Day. We counted 970,000 mail-in ballots last Tuesday – a 55% increase over 2018 – and added those results to the in-person voting total before midnight on Election Day. The delays in counting mail-in ballots in other states raises more questions about voter fraud and potential mistakes.