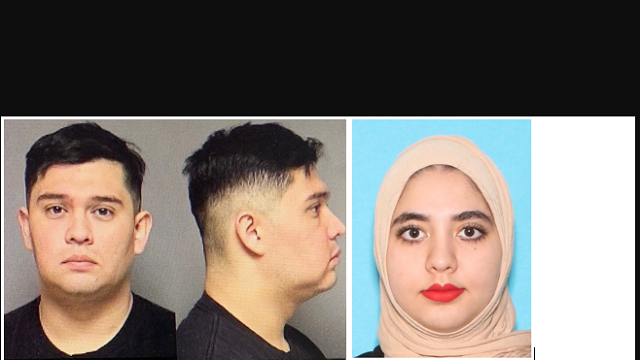 SAN ANTONIO (KTSA News) A 29-year-old man from Carrizo Springs, Texas has been arrested and charged with helping alleged arsonists evade arrest following demonstrations in Minnesota in May.  Leeroy Felan is accused of providing false statements to federal law enforcement  officers and assisting with the transportation of  his brother and sister-in-law, possibly to Mexico.

Jose Felan, Jr. and Mena Yousif are wanted in connection with a fire at a Goodwill store in St. Paul, Minnesota May 28.  Federal investigators say 33-year-old Jose Felan was seen on video starting fires at several locations in St. Paul Minnesota, including a school that serves disadvantaged youth.  He and his wife also are wanted in connection with a fire at a Goodwill retail store on May 28 as demonstrations erupted following the death of George Floyd at the hands of a Minneapolis police officer.  A reward of up to $10,000 each is being offered for information leading to the apprehension and conviction of Jose Felan and Mena Yousif.  Felan is a felon with several convictions, including drug offenses, burglary and aggravated assault. Yousif, who could be pregnant, is known to have worn disguises while on the run, including wigs, hair extensions, hats and the absence of a hijab.

Anyone with information on the whereabouts of Jose Felan, Jr. or Mena Yousif can report the information at www.usmarshals.gov/tips. Tipsters can also call 877-WANTED-2 (877-926-8332).

Leeroy Felan  currently is on federal supervised release stemming from a 2015 conviction of transporting undocumented immigrants.  He’s scheduled for a detention hearing July 31.