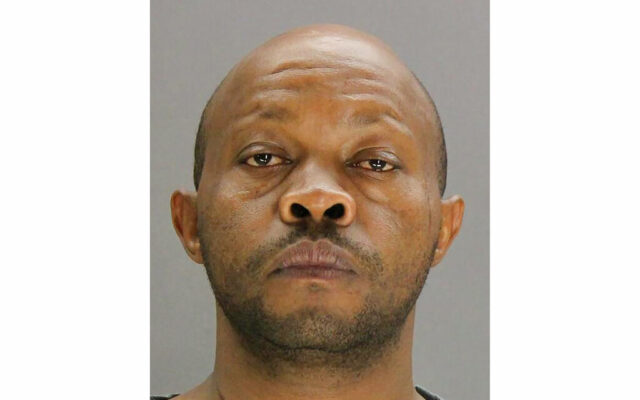 FILE - This undated photo provided by the Dallas County, Texas, Sheriff's Office shows Billy Chemirmir. A lawsuit alleges a 90-year-old woman is another victim of Chemirmir, a Dallas man who has been linked to 19 deaths. The suit was filed Monday, July 22, 2019, in Dallas County against The Tradition-Prestonwood, an independent living facility in Dallas, by the woman’s children. It alleges the facility failed to keep residents safe. (Dallas County Sheriff's Office via AP, File)

DALLAS (AP) — A man police say posed as a maintenance worker or health care provider at senior apartment complexes has been charged with capital murder in the death of an 81-year-old Dallas woman, and authorities are reviewing hundreds of other cases.

Billy K. Chemirmir, 45, also has been charged with attempted capital murder and robbery in two other attacks on senior women, police officials said Friday. He’s in the Dallas County jail on $1 million bond.

“Chemirmir uses health care experience to his advantage in targeting and exploiting seniors, some of the most vulnerable people in our community. This is terribly disturbing,” Rushin said.

“We’re not going to leave any stone unturned. Right now, we have one confirmed Dallas offense. We’re worried we could have more,” he said.

Messages left with two lawyers listed in court records as having represented Chemirmir were not returned Friday.

An arrest affidavit says Chemirmir forced his way into the Plano apartment of a 91-year-old woman on Monday, telling her to “go to bed. Don’t fight me.”

The woman was smothered with a pillow into unconsciousness and robbed. However, Plano paramedics revived her and she told investigators that her attacker had stolen her jewelry. Police identified Chemirmir from a license plate number and were able to find and tail him on Tuesday, when they watched him throw a jewelry box into a trash bin. They traced the box to Harris, according to the affidavit.

Harris was found dead in her North Dallas home Tuesday, Pughes said. According to the Dallas police affidavit, her body “had what appeared to be lipstick smeared on her mouth, and a pillow on her bed also had lipsick smears, indicating she may have been suffocated.”

Chemirmir already had been wanted in an attempted capital murder case in nearby Frisco, where he was accused of forcing his way into the home of a 93-year-old woman, using a pillow to smother her and stealing her jewelry, according to the warrant. The woman survived.

“We believe that the way that these crimes were committed, that when you’re a senior and you have health are issues, and you’re living by yourself and then you do become deceased, that many people would think right away that’s natural causes,” Rushin said. “There is not a deep investigation into those matters, so it would be very easy to disguise a crime in that type of activity.”

Frisco Police Chief said he’d stop short of calling Chemirmir a suspected serial killer because “this is early on in the investigation. We’re still trying to piece it all together.”

This story was first published on March 23, 2018, and updated on Nov. 11, 2021, to correct the spelling of Billy Chemirmir’s name in the last paragraph. It is Chemirmir, not Shemirmir. It also deletes a reference to a jewelry box being stolen from the 91-year-old woman who survived.