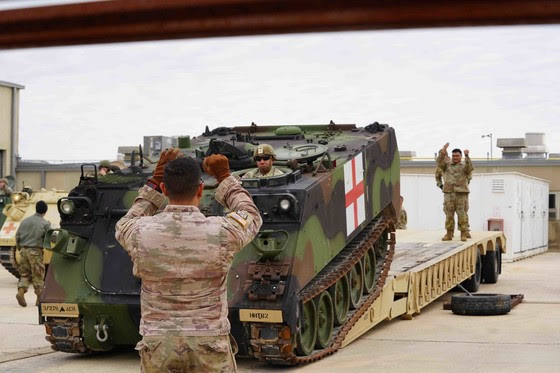 SAN ANTONIO (KTSA News) — Texas Governor Greg Abbott is already on record as declaring illegal immigration along the southern border an invasion, and the Texas National Guard in responding.

A total of 10 M113 armored personnel carriers are being sent to the Texas-Mexico border. They are being positioned at security points to face-ff with what the Governor’s office is calling increased efforts in cartel-driven activity.

Governor Abbott is also expressing concern that the lifting of Title 42 later this month will create yet another flood of illegal immigrants pouring across the border in locations where federal authorities are already swamped with migrant processing.

The Texas National Guard reports more than 260 suspicious or violent events, including gunfire across the border, between October 1, 2021 and November 8, 2022. Officials are also reporting physical assaults, drone activity, surveillance, and threats of violence to the task force and people.

In October, Governor Abbott ordered DPS and Texas Military Department leadership to use every available strategy and tool to combat the unprecedented border crisis.