Texas officer charged in fatal shooting has been fired 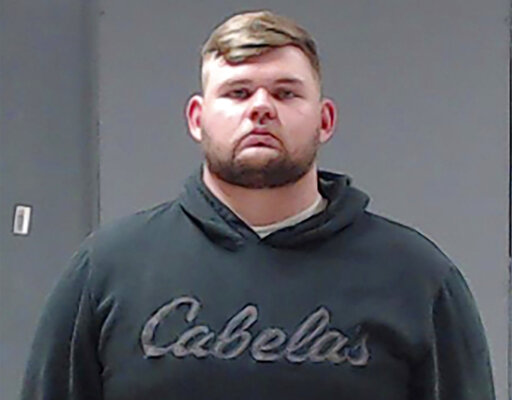 This booking photo provided by the Hunt County (Texas) Sheriff's Office shows Wolfe City Police Officer Shaun Lucas on Monday, Oct. 5, 2020. Lucas has been charged with murder in the fatal shooting of a Black man following a reported disturbance at a convenience store in a small East Texas town over the weekend, authorities said. (Hunt County Sheriff's Office via AP)

DALLAS (AP) – A police officer charged with murder in the fatal shooting of a man in a small East Texas city was fired yesterday.

A statement from Wolfe City said Officer Shaun Lucas, 22, was fired for “his egregious violation” of city and police department policy. The city of about 1,500 people is located about 70 miles northeast of Dallas.

Jonathan Price, 31, was killed after Lucas arrived at a convenience store on Oct. 3 to check out a report of a fight. In a statement announcing that Lucas had been charged, the Texas Rangers said Price “resisted in a non-threatening posture and began walking away,” and that the officer’s actions weren’t “reasonable.”

An attorney representing Price’s family says the family is relieved to hear Lucas had been fired, but thought it should have happened sooner.