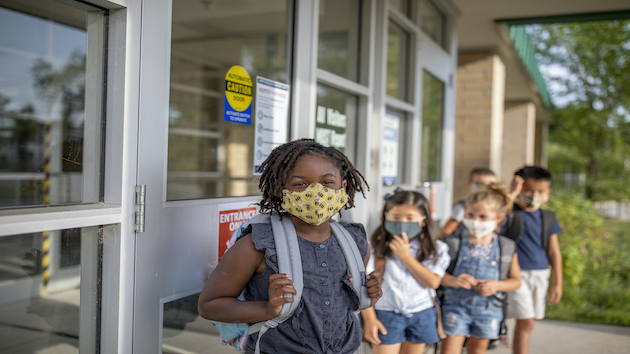 NEW YORK) — A Texas school district that included masks as part of its dress code has been hit with a temporary restraining order.

Paris Independent School District (ISD), which serves about 3,900 students in northeast Texas, amended its dress code in early August to include masks in a loophole to Gov. Greg Abbott’s ban on mandates, and was sued earlier this week by Texas Attorney General Ken Paxton, according to court documents.

A Lamar County district court issued the temporary restraining order, prohibiting Paris ISD from enforcing the mandate as a result. The court agreed that the district lacks “authority to issue or enforce a face mask mandate in light of Governor Abbott’s executive order GA-38,” Paxton’s office said in a release.

“The law is clear, and this superintendent knows this, yet he has no issue continuing to waste precious state resources on impossible lawsuits instead of providing for his students,” Paxton said. “This temporary restraining order is just the first step in restoring order to our great state and ending this disruption from rogue local officials.”

This was the second win for the controversial GA-38 law after a Fort Worth court of appeals reinstated a temporary injunction against Fort Worth ISD’s mask mandate.

Dennis Eichelbaum, Paris ISD’s district spokesperson and attorney, told ABC News the district has received several letters from the attorney general against the mandate. “We’ve emailed back to him saying, show us where the governor actually suspended the education code, which gives us the right to have dress codes. He hasn’t responded to that,” he said.

“The school district is complying as of right now, with the court order. Regardless of what the Attorney General does, please continue to wear masks. It’s what’s keeping our students and our faculty safe,” Eichelbaum said. “We’ve seen that it’s done a tremendous job in minimizing the spread of COVID-19. At our campuses, we have one of the lowest rates of COVID absence and we believe that’s partly because of masks.”

In Paris ISD, school started Aug. 19 but there haven’t been any major COVID-19 outbreaks. Currently there are eight active staff cases and 27 active student cases, according to the district’s COVID-19 dashboard.

That’s a tiny fraction of the thousands of virus infections reported in schools so far, according to state data. Overall, since Aug. 13 there’s been over 73,700 cumulative positive student cases and more than 16,200 staff cases reported throughout Texas Public Schools (TPS) for the 2021-2022 school year, according to the TPS COVID-19 dashboard.

Paxton has a list of over 80 school districts and other governmental entities that he deems in violation of GA-38.

Midway Independent School District, which is in the Waco area, was sued in Tuesday’s rash of lawsuits, but the district said that they don’t even have a mask mandate in place.

“At this point, we are aware of claims of a lawsuit, but we have not been directly notified or served,” district spokesperson Traci Marlin said to ABC News. “We have not received information of why or how we are considered out of compliance or considered for a lawsuit.”

“Midway ISD does not have a mask mandate,” she added. “We have respected the governor’s orders while implementing thoughtful, measured and temporary responses to clusters of COVID cases.”

One of those protocols is a 10-day “mask directive” that schools can issue to encourage mask-wearing if virus transmission reaches a concerning level, but even then masks are not required and there are no punishments for not abiding by the directive, she added.

Paxton has been ramping up the pressure on school districts after kids headed back to class last month, many of them wearing masks in defiance of the governor’s order.

“If districts choose to spend their money on legal fees, they must do so knowing that my office is ready and willing to litigate these cases,” Paxton said in a statement last week after the first wave of lawsuits. 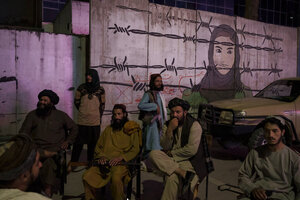