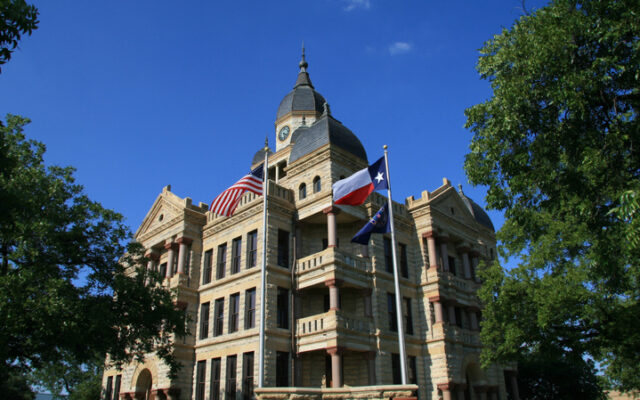 DENTON, Texas (AP) — A North Texas sheriff’s deputy has been arrested and charged with murder and evidence tampering in the death of his girlfriend, police said.

Denton officers on Monday arrested Tarrant County Sheriff’s deputy Jay Allen Rotter following an investigation into the death last month of the woman with whom he lived, according to a statement from the police department.

On Aug. 26, Rotter, 36, called 911 in Denton and reported that his girlfriend had shot herself in their home in the city 40 miles (64 kilometers) northwest of Dallas, police said.

The Tarrant County Medical Examiner’s office identified the woman as 46-year-old Leslie Lynn Hartman. Her manner and cause of death are listed as pending.

Police said they arrested Rotter after examining the physical evidence, executing search warrants and determining that he and Hartman were the only people who live in the home.

Rotter was being held Tuesday in the Denton County Jail on a more than $1 million bond. Jail and court records do not list an attorney for him.

A spokeswoman for the Tarrant County Sheriff’s Office did not immediately respond to messages seeking comment.