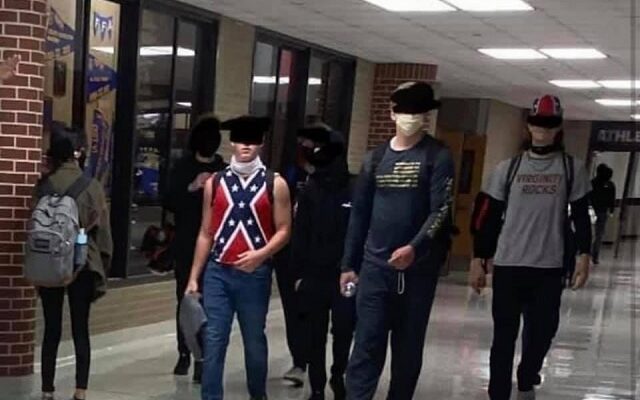 One of the Pearland High School students shown in a photo that made the rounds on social media Friday morning was wearing a Confederate stars and bars sleeveless t-shirt and another was wearing a cap.

Civil rights leaders and some parents were outraged.

“We got confederate flags walking down a hallway, “How is that child able to even make it on campus?” asked Eugene Howard, President of Brazoria County NAACP.

He said the incident was meant to intimidate Black students because the Confederacy fought “to own people like me,” and his organization won’t stand for it.

A statement from the Pearland School District said the students’ violation of the district dress code was unacceptable.

“Per the Pearland ISD dress code, apparel or accessories which include cultural divisiveness and racial intolerance may not be worn,” read the statement obtained by KTSA News. “Appropriate disciplinary action has taken place in accordance with the Student Code of Conduct.”

The district says all students, faculty and staff are welcome at Pearland ISD.

“We teach and model tolerance for all, and the diverse community of Pearland promotes a level of inclusiveness for which we are proud.”