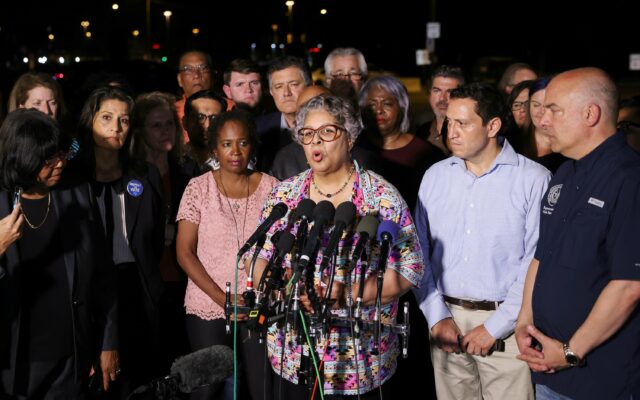 House Democrats who refuse to show up for the Legislature could soon be detained by law enforcement and brought back to the state Capitol, after the Texas Supreme Court on Tuesday voided a state district judge’s temporary restraining order barring their arrest.

The all-Republican high court’s order came at the request of Gov. Greg Abbott and House Speaker Dade Phelan, also both Republicans, who petitioned the court on Monday to overturn a recent ruling by a Travis County district judge that blocked them from ordering the arrest of quorum-busting Democrats, who were in Washington, D.C., for about a month. The House Democrats in the suit have until Thursday at 4 p.m. to respond to the court.

The Democrats fled the state in July to block the passage of a Republican elections bill they say would restrict voting rights in the state. They successfully thwarted the bill during a 30-day specially called session that ended Friday, but Abbott immediately called for a second special session that began Saturday. Although some House Democrats have returned, many have stayed away from the Capitol to prevent the chamber from having enough members present to conduct business.

“There’s no way in hell I’m going to that House floor while I’ve got the protection of a judge’s order,” State Rep. Celia Israel, D-Austin, told The Texas Tribune on Tuesday morning before the Supreme Court’s action. Israel said she is back in Austin.

In the first special session, Republican lawmakers voted for a “call of the House,” a procedural move that allowed them to authorize law enforcement to arrest members who were not present. But it had no teeth since Texas law enforcement has no jurisdiction outside the state. On Monday, the House, which is still a few members shy of a quorum, issued the call for a second time. But this time it only called for the doors of the chamber to be locked and did not address arresting members, likely because of the temporary restraining order blocking such arrests.

Without the Supreme Court’s intervention, Abbott and Phelan would have had no assurance whether the temporary restraining order would be lifted, and such orders are not appealable. The first scheduled hearing in district court is set for Aug. 20, when Judge Brad Urrutia would decide whether to grant Democrats a temporary injunction. Waiting until then “virtually guarantees that no significant legislation will be passed during this session,” Judd E. Stone II, the state’s solicitor general, argued in his emergency motion to the Supreme Court.

The state also argued that the Supreme Court’s action is warranted because the House speaker is immune from suits for legislative acts.

“Compelling the attendance of absent members by the House is a quintessential legislative act,” the state’s motion read, adding that Urrutia’s “hasty” order “ignores this fundamental principle.”

The state also argued that the House Democrats’ claims are “quintessential political questions” that lie beyond a court’s power to decide. The House’s rules allow for present members to compel the attendance of missing lawmakers and at least 41 other states have similar provisions in their constitutions, the motion read.

In a response, lawyers for the House Democrats who received the temporary restraining order said the state sought an order that will free them to “to forcibly arrest political opponents who have committed no crime.”

Unlike other states, whose rules only requires a majority to reach quorum, Texas requires a two-thirds super-majority “because the framers of the Texas Constitution prioritized high levels of participation and consensus-building in legislative decision making, even if it increased the costs of the process and the possibility that the process could deadlock,” the Democrats’ lawyers argued.

“In other words, the architects of the Texas government fully expected, and even encouraged, the power of a cohesive minority of members to ‘bust the quorum’ as a means of participation in the decision-making process,” their response read, adding that the Democrats were “acting like true Texans.”

They also argued that the state did not prove it would be harmed if the Supreme Court did not grant a stay, while the House Democrats — some of whom had already returned to the state on the understanding that Urrutia’s order protected them from arrest — would suffer harm.

Once one of those lawmakers was arrested “without a premeditating crime or due process, the Court cannot un-ring that bell,” the Democrats’ lawyers argued.

Patrick Svitek contributed to this report.