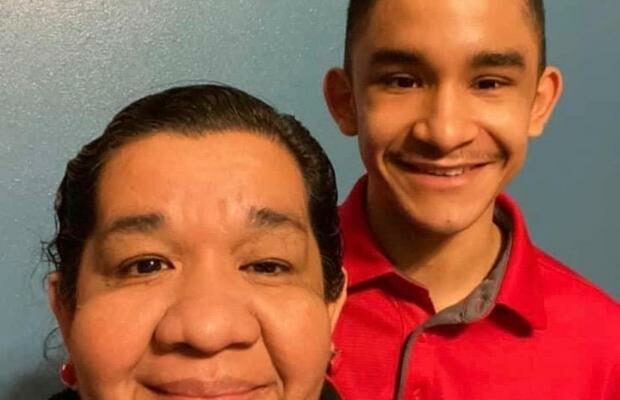 In January, Erika Calderon was admitted to a hospital in Rio Grande Valley, Texas, after contracting the coronavirus. Her son Emilian Sosa, 14, helped carry her to the ambulance.

“I first didn’t cry because I was like in a panic attack. Like, we have to get her down immediately,” Sosa told CBS News’ Mireya Villarreal.

Doctors said Calderon’s lungs had been destroyed by COVID-19, limiting her treatment options. After doing some research, Calderon’s family and Sosa learned about a treatment called Extracorporeal Membrane Oxygenation (ECMO). The therapy is a unique form of life support that uses a machine to add oxygen to the blood, giving the lungs time to heal.

ECMO machines are limited across Texas and the treatment wasn’t available at any hospital in the Rio Grande Valley. To get access to one, Sosa’s mom would need thousands of dollars to be transported to another hospital hundreds of miles away. But Calderon, a housekeeper living on a limited budget, could not afford to pay.

Determined to fight for his mother, Sosa set up an online fundraising effort to pay for a helicopter to transport her.

“We need to get the help as much as possible, so that’s why I set up that GoFundMe,” he said.

Within 24 hours of creating the GoFundMe, Sosa raised more than $30,000. His plea for help made its way to the state capital after Sosa wrote a letter to Texas Governor Greg Abbott begging for assistance.

In the letter, Sosa explained that his mother is the only immediate family he has left, and she’s “hanging on for dear life.”

Elizabeth Guerrero, Sosa’s high school counselor, said she was worried that Sosa’s efforts to reach Governor Abbott would not go the way he planned.

“Yes, because we live in a world where horrible things happen. We have seen it time and time again, where people don’t make it. People don’t respond,” Guerrero said.

But sometimes, even the smallest voices get heard. On Wednesday, the governor announced on Twitter that he spoke to Sosa, the equipment his mother needs had been located and that Calderon will be in good medical care.

“Regardless of the outcome, it’s been proven that he’s not alone in this world,” Guerrero said.

A team of medical professionals evaluated Calderon on Wednesday night. Doctors determined that she was strong enough to be transported to Herman Memorial Hospital in Houston to get the proper equipment and treatment she requires.