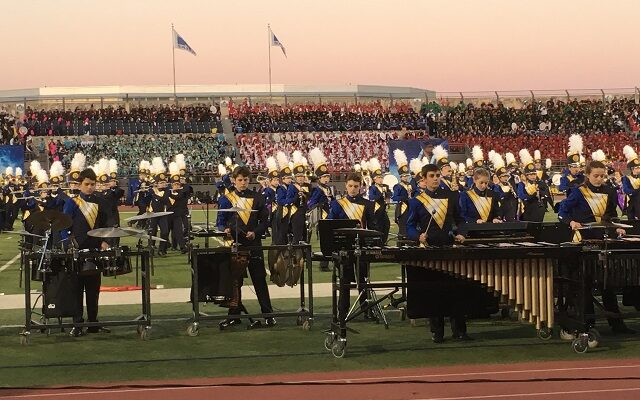 SAN ANTONIO (KTSA News) – The Battle of Flowers Band Festival is the latest major Fiesta event to be canceled.

The event, which hosts more than 5,000 area high school musicians, is usually held the night before the Battle of Flowers Parade, which also was scrubbed. The main reason for both cancellations was the postponement of Fiesta San Antonio from April to June because of the pandemic.

“Working with every school district in the city to successfully produce the Battle of Flowers Band Festival, we are so lucky to have this partnership,” said Battle of Flowers Band Festival Vice President Cameron Armstrong. “But we feel strongly that it is unlikely to continue at the level in which our participants and spectators expect after the school year has ended in June 2021.We look forward to striking up our bands again in April 2022.”

The Battle of Flowers Band Festival, which includes a marching band competition, draws about 20,000 spectators to Alamo Stadium.

“It comes at a time when our city and the rest of the world are continuing to fight a disease that has the ability to adversely impact the health and well-being of both spectators and participants in both our parade and band festival,” said Battle of Flowers President Anna-Laura Howell Block.

School-age participants also make up a significant portion of the Battle of Flowers Parade.  Seventy-percent of the parade participants represent area high schools and colleges.

Other major Fiesta events that have been called off this year include the Fiesta Flambeau Parade, the King William Fair and the Fiesta Oyster Bake.

Other activities that are part of Fiesta San Antonio are scheduled June 17-27.