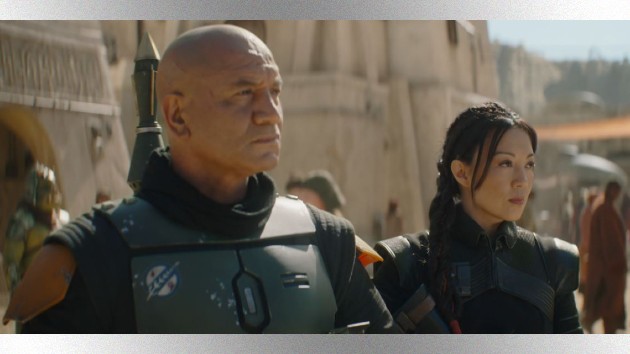 The third episode of Disney+’s The Book of Boba Fett proved pretty divisive with the Star Wars fanbase, all thanks to some space scooters.

The Robert Rodriguez-directed episode sees Temuera Morrison‘s bounty hunter-turned crime boss hiring a group of young cyborg thugs, but their appearance — and their candy-colored, arguably Earth-bound hovering scooters — drew flak from some fans. Many made references to Mighty Morphin’ Power Rangers, or to Griff Tannen’s hoverboard gang in Back to the Future 2, or Rodriguez’s Spy Kids series.

The term “Mos Vespa” was coined, a play on the Tatooine city Mos Espa, and of course, the iconic Italian scooter brand.

There were its defenders, too, seeing the scooters as a tribute to 1979’s Quadrophenia, and British mod culture.

But the controversy wasn’t limited to the nerdisphere: Morrison was asked about it on Friday, at Disney+’s portion of the Winter Television Critics Association confab.

“Some of these things are out of our control,” he noted, according to The Hollywood Reporter. “We can’t say as performers, ‘We don’t want to work with these people, that’s not good enough.’”

He allowed of the gang, including Yellowjackets star Sophie Thatcher, “They brought a lot of color to it, I thought … they were great, were working hard.”

Co-star Ming-Na Wen added, “This is a real homage to the things George Lucas always loved — whether it was the Mods in the ’60s, or American Graffiti.”

Wen added, “Sophie was a lovely human being, and I definitely enjoyed getting to know her.”

A new episode of The Book of Boba Fett drops Wednesday on Disney+.