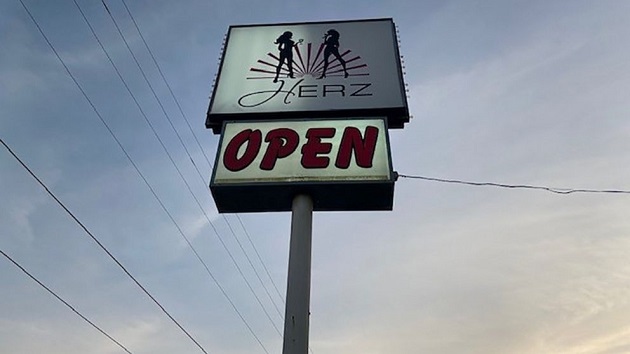 (NEW YORK) — When Herz, a lesbian club in Mobile, Alabama, opened in 2019, owner Rachel Smallman said she and her wife didn’t have a place they could “go to be their authentic selves.” So, they made a space of their own.

Herz remains one of the few lesbian bars in the South, and one of about 21 lesbian bars across the country, according to the Lesbian Bar Project, a fundraising campaign to preserve, uplift, and honor the history of lesbian spaces in the United States. It’s a striking difference from the plethora of lesbian and queer spaces in the 1980s — there were at least 200 then, the campaign said.

Smallman didn’t realize what her bar would mean to its local patrons — she was simply opening the kind of bar she wanted for herself. But as two Black lesbian women, the Smallmans’ club became a safe haven for others looking for acceptance and inclusion in the community.

“There is not space for much in the South, so you just have to make a space,” Smallman said. “And that is what we continue to make sure that we do. We let the objectors know that we’re here and we’re not going anywhere.”

The Lesbian Bar Project, which recently premiered in a documentary on the history of lesbian bars, is hoping to ensure that queer-friendly spaces like Herz stay afloat.

“There’s a lot of intergenerational dialogue in there, so it also feels like an educational space as well, that teaches you about your history, and also the future and the evolution of the community,” Street said.

They have also had their faults — according to Gwen Shockey, an educator in The Lesbian Bar Project documentary. In the ’70s, some bars discriminated against Black women, only letting a few of them in at a time. It forced women of color to seek other safe spaces instead.

The history of discrimination is one of several factors that may be contributing to the slow disappearance of lesbian spaces. Street and Rose said that the growing acceptance of the LGBTQ community into mainstream society and online opportunities to meet other queer people has been a major force in the worsening fate of lesbian bars.

Street and Rose also said that a continued lack of “queer dollars” throughout the generations has been adding to the financial pressures of these institutions. 22% of LGBTQ people currently live in poverty, according to the Willams Institute at the University of California, Los Angeles.

Without the support — and the funds — these bars will continue to disappear, Rose said. Some owners say the loss is more than just the bar themselves; it’s also about the historical importance of these spaces and the community building that goes on within their four walls.

“I personally don’t have the luxury in every space I walk into, that I can be myself and I can be free in who I am and be free with the people around me and be in a community,” Rose said in an interview.

In the past, brutality, discrimination and prejudice commonly awaited LGBTQ people outside of the doors of these bars, the owners say. They say that the younger generations have to learn their history — and lesbian bars are a harbor for continuing the fight for equal rights and protections in the U.S. The fight for protections under the law for LGBTQ continues in po today

“I want them to learn our history,” Smallman said. “Learn why we are where we at right now. Learn to appreciate those that came before you and figure out what your path is, and get on it and stay there. Make something happen for our people.”

Audrey Corley, owner of Boycott Bar in Phoenix, Arizona, said that a lot has changed since she opened the doors 17 years ago. She said lesbians and other queer people are now welcomed in a wide array of bars and clubs now, which wasn’t how it was when she was younger. She created Boycott to be a safe space for LGBTQ patrons.

“Back then, when we were coming out, there was really no safe places,” Corley said. “[Boycott] is a space for the community where you can come and just be who you are and hopefully we leave you better than we found you.”

Julie Mabry, the owner of the Pearl Bar in Houston, Texas, said it’s long been a dream of hers to own a lesbian bar. But COVID-19 pandemic put a strain on the business. The community raised about $35,000 after the bar shut down — a sign of the urgency that community members felt about keeping queer business doors open.

To save these bars, Street and Rose said, LGBTQ folks and allies are going to have to come back out to the bars and pull out their wallets to save these landmarks of history — and to help new queer spaces build their way up.

“We don’t make the kind of money that most bars and clubs do so,” Mabry said in an interview. “We need to be the spokespeople, and we need to represent and put our money into our community, to protect our community and fight for their rights.”