These Never Go Out Of Style (Or Out of Print) 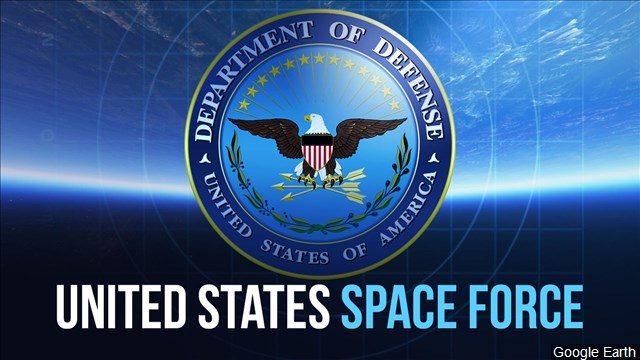 When it comes to great reading, copyright dates are no limitation. One unfortunate effect of our 21st century era of Amazon and e-readers is a bias toward the “new”. Actually, though, Amazon and other online booksellers are a great resource for finding older titles, if you look for them. And I always love me some Half Price Books, rummage sales and anywhere used books are sold.

Here are my favorite series writers of yesteryear: Agatha Christie (the Poirot series), Ian Fleming (James Bond), Erle Stanley Garder (Perry Mason), John MacDonald (all), Ross MacDonald (Lew Archer), Ngaio Marsh (Roderick Alleyn), Ellery Queen, Rex Stout (Nero Wolfe) and Cornell Woolrich (who also wrote as William Irish and George Hopley). No matter how battered and tattered they are, when you find or collect these, you’ll be glad you did.

Here’s what I was into in October:

“The Fifth Witness” by Michael Connelly (2011) While I prefer his Harry Bosch mysteries, the ones featuring L.A. lawyer Mickey Haller are very good. Here, Haller defends a politically-controversial murder defendant, and nothing is what it seems up to the last page.

“Hawthorne’s Short Stories” by Nathaniel Hawthorne (19th century) It’s no surprise that an author born in Salem, MA would write about Puritanism and the darkness inside every man. These are timelessly chilling and thought-provoking short stories. As good as it gets for this kind of writing.

“Trial Run” by Dick Francis (1978) For an author best-known for racehorse-related plots, this one isn’t so great. A retired British jockey goes to the USSR on a sensitive mission only tangentially related to horse racing.

“Starfire” by Dale Brown (2014) Brown’s long and excellent thriller series built around Patrick McClanahan now sees the great hero’s son stepping up from being a nerdy college kid to a space warrior. Less kooky than it sounds, and even kind of timely with the military’s new emphasis on a “space command”, which Brown seems to have anticipated.

“Vital Signs” by Robin Cook (1991) A young doctor struggling with her own infertility starts poking around and discovers sinister goings-on at the clinic treating her. Cook often stretches the credibility of the reader, as with the manic globe hopping of the action here, but also makes you think “what if…?”

“In Cold Blood” by Truman Capote (1965) Re-reading this one after many years made me realize how seminal the book is—virtually every true-crime take of the last 55 years is standing, at least in part, on Capote’s solid, spare foundation,  written about a  family slain in 1959 Kansas.

“Your Turn, Mr. Moto” by John Marquand (1935) The first in a series, Moto is a spy for Imperial Japan who recruits a down-on-his-luck American aviator, Casey Lee, for an improbable mission. You can see Marquand’s characters and settings vividly, and it made for a short, exciting read.

“The Hard Way” by Lee Child (2006) Read a Child book on a plane or anywhere in public, and you’ll almost always meet fellow fans. His protagonist, Jack Reacher, is one of my all-time favorite fictional characters. Here, he gets involved helping an unlikable rich guy get his kidnapped wife and daughter back. Exccept, of course, that nothing is what it seems.

“Madison’s Gift: Five Partnerships That Built America” by David O. Stewart (2015) It’s never a waste of time to learn more about James Madison, and you will here. But the book’s concept is a gimmick that mostly doesn’t work. Let me save you some tough sledding: just read the chapters on Washington and Jefferson.

“One Doorway From Heaven” by Dean Koontz (2001) You can’t read just one Koontz book. Not even this one. But this one does have most of the author’s best ingredients: taut suspense, characters you will love or hate, more than a whiff of spirituality and one heck of an amazing dog.

“The Elusive Mrs. Pollifax” by Dorothy Gilman (1971) She was middle-aged, divorced and floating from job to job. But she loved to write, and she wrote a character she could relate to. Emily Pollifax is an older woman recruited for espionage by the U.S. government on the premise that no one will look twice at her when she does daring things. Her cover: dotty tourist. I’m telling you now—don’t miss this series, hard as it is to find, because Gilman struck gold with Mrs. Pollifax.

“The Ivory Grin” by Ross MacDonald (1952) I have to read Ross MacDonald sparingly, because there are only so many Lew Archer mysteries, And I have to read each one slowly, because you want to tear through them and ignore real life to find out what happens. Here, one client leads to others, and the search for a young woman turns into solving her murder, stumbling across another, and saving more than one lost soul. Archer’s DNA is in countless fictional private eyes, and MacDonald’s legitimately one of the best writers America’s ever produced. Period.

As always, please let me know how you like any of these. And what you’re reading!