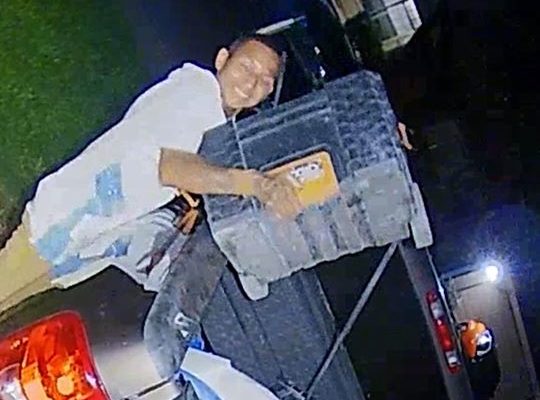 SAN ANTONIO (KTSA News) — A Northwest side homeowner is hoping you can help track down the thieves who stole boxes of items from the back of a pickup.

The theft took place at the Northwest Crossing Subdivision. It was captured on surveillance cameras and in the video, a man is seen walking down the sidewalk while being followed by a dark blue SUV.

He notices several boxes in the bed of the pickup.

He helps himself to one and is seen running to the blue SUV where he stashes the box.

Then he comes back to grab another one and nearly falls as he attempts to pick it up.

He then waves someone over and a second thief shows up to assist.

The homeowner is hoping you’ll call the SAPD if you recognize the thieves.