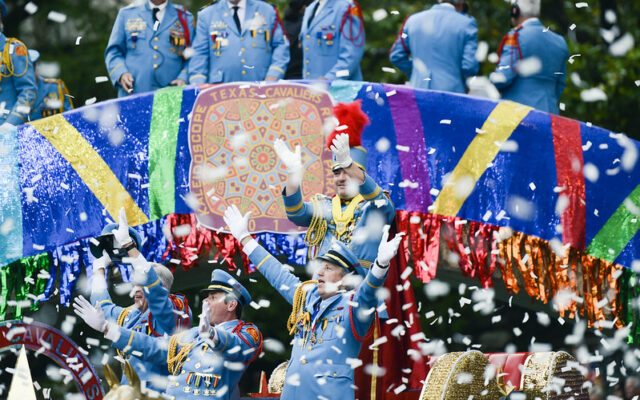 SAN ANTONIO (KTSA News) — Fiesta is officially back and that means the Texas Cavaliers are gearing up to decorate the San Antonio River for the 76th annual River Parade on Monday.

This year, the Texas Cavalier River Parade will be the only parade on the line-up for the most unconventional Fiesta celebration to date. The parade has happened annually since 1941 and will come to life in 2021 starting at 7 p.m.

The parade will begin at the Tobin Center for the Performing Arts, float through downtown and end near the Drury Plaza Hotel.

The theme for the parade is 20/20 Vision, which was the original theme set for last year’s canceled parade.

Philanthropy is a core mission for the all-volunteer Texas Cavaliers and Rohlfs said the organization has donated more than $3 million to children’s charities in San Antonio since the April 2019 parade.

“I hope everybody can come and enjoy the great work,” Rohlfs said. “We had some extra time to decorate and I feel like the floats are going to represent it.”

Tickets are still available for reserved seats for the best view of the parade, but Rohlfs said the parade can be viewed from many vantage points around downtown.

The Texas Cavaliers River Parade will begin at 7 p.m. on Monday. Fiesta 2021 festivities are planned through June 27.