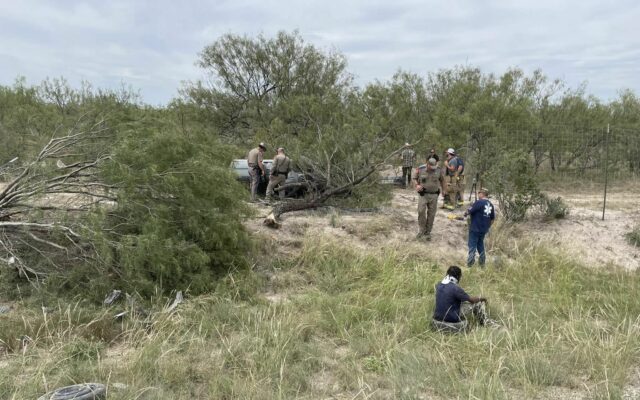 SAN ANTONIO (KTSA News) — The death toll from the human smuggling crisis along the Texas/Mexico border continues to climb after three suspected illegal immigrants were killed in Kinney County.

The Texas Department of Public Safety says they responded to a rollover crash on FM-131 Sunday afternoon where they found three people, including the driver, dead at the scene.

Three other people were found with serious injuries, two were flown to hospitals in San Antonio while the third was transported to a Del Rio hospital.

The Kinney County Sheriff’s Office says the victims were smuggled into in the country.

The investigation into the cause of the crash is underway and officials do not yet know what country the immigrants were from.